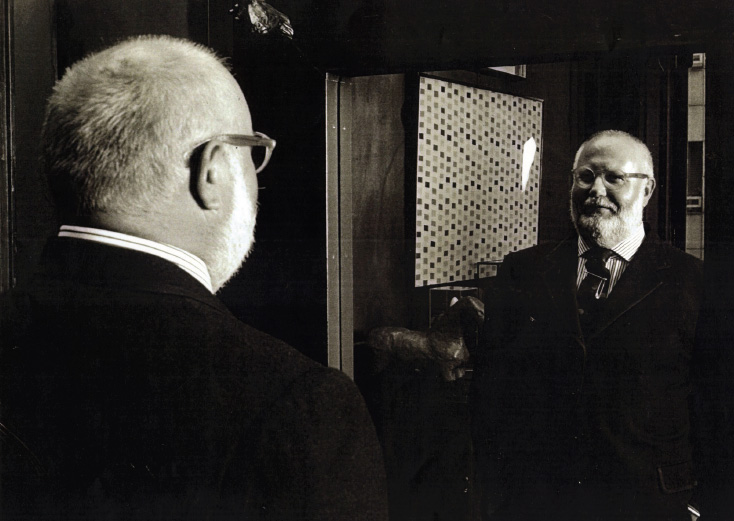 Born in northern Italy, Gianfranco Ferre was raised by his mother, a widow of an engineer, and his two aunts, who were heavy perfectionists. In 1967, Ferre studied to become an architect, while making belts on the side to support his studies. He later studied at the Milan Polytechnic Institute for a degree in architecture, qualifying in 1969 with his first job designing for a furniture company. Having designed some jewellery for his girlfriend, Ferré’s creations were noticed by the owners of a boutique in Portofino. This led to him designing jewellery for successful designers, specialising in luxurious fabrics, Walter Albini and Christiane Bailly. With his foot in the door, Ferré started freelance designing, working for Karl Lagerfeld and Elio Fiorucci.

In 1970, Ferré travelled to India to study. Spending three years there, Ferré was influenced by the countries colours, craftsmanship and traditions. On his return to Italy, Ferré met Franco Mattoli, who owned his own fashion house. Agreeing to collaborate, Ferré designed for Mattoli and brought out the first women’s ready-to-wear collection for the label in 1974. After four years designing for the house, Ferré decided to open his own label and began another partnership with Franco Mattoli, owning 50% of the new business each. In the same year he released his women’s ready-to-wear collection and in 1982 his first menswear collection and accessories.

In 1983 he became the founding professor of fashion at the Domus Academy in Milan and the following year started a three year succession of winning the Italian Fashion Oscar the ‘Occhio D’Oro’ six times. He was also named Designer of the Year in 1984 and released his first women’s fragrance ‘Gianfranco Ferre’. Two years later in 1986, Ferre designed his first couture collection, launched a new line Studio 00l, a fur collection Fourrures and was made Commander of the Italian Republic by the President of Italy.

In 1989, Ferré was appointed artistic director at Christian Dior, replacing Marc Bohan. Having only nine weeks to complete his first collection, Grace Jones and Princess Michael of Kent sat front row. Featuring Ferré’s huge bows, Vogue described it as ‘a matter of Dior discipline and Ferre flourish’. Leaving Dior in 1996, he opened a Jeans line and boutiques in Rome, Milan and Geneva for his own company.

In June 2007, the Italian designer, died after suffering a massive brain hemorrhage at only 62. Named as the Frank Lloyd Wright of Italian fashion, Ferré was known for his use of stark colours and extravagant fabrics. Applying his architect degree to fashion, Ferré was connected with the billowing white blouse and structured pant suit, known for shaping and sculpting them, to make them his own.