“Before 1960, a fashion photographer was tall, thin and camp. But we three are different: short, fat and heterosexual!”
David Bailey on himself, Terence Donovan and Brian Duffy. 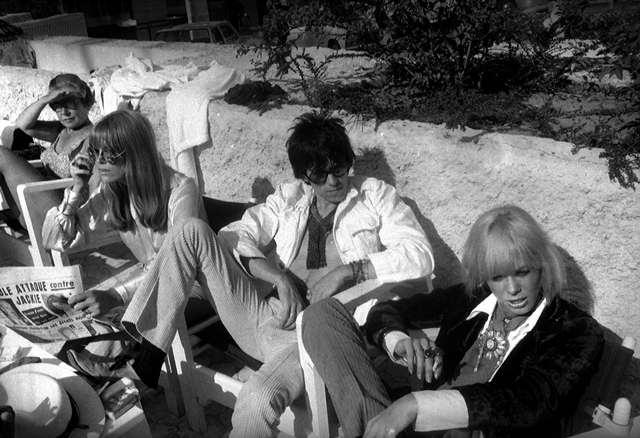 History of Fashion: The Sixties

The Sixties was a decade of huge fashion, music and social change. Conventions were challenged and old attitudes faded. The voting age dropped to 18, mini skirts became the norm and pop music blared from every teenager’s radio. People had more money and a disposable income than before and now had the time to enjoy it. The Sixties created great optimism and will always be remembered as a time of freedom, social change and fun!

A variety of music, art and photographers influenced the various fashions and social groups of the Sixties. Andy Warhol was the best known figure to emerge from the 1960’s pop art movement. He was a painter, print maker and film maker, and during the Sixties designed a ‘High Fashion’ paper dress covered with multiple images of his iconic Campbell’s tomatoes soup can. Op Art was another style of art that created a fashion craze during the Sixties. Optically distorted geometric patterns in black and white were produced to create a whole range of movements on the surface. When applied to fabric it created a bold and stylish look.

Photographers including David Bailey, Brian Duffy and Terence Donovan helped create the iconic Swinging Sixties look. These three photographers all shot for Vogue and captured some of the most iconic people from the Sixties including Michael Caine, The Beatles, Mick Jagger, Twiggy and Audrey Hepburn. The music of the Sixties is still hugely popular. Musicians including: The Beatles, The Rolling Stones, The Kinks, Led Zeppelin, Pink Floyd, Jimi Hendrix, Dusty Springfield, Cilla Black and The Supremes dominated the Sixties sounds. There were copied and idolized by the masses. 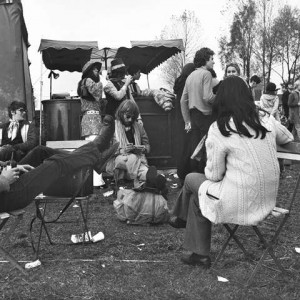 The different social groups of the times had different fashions. Each group reflected their personalities and interests and used their clothes to symbolize this.

The Hippies wore clothes that helped them express themselves, they wanted to rebel against the post war ugliness and embrace natural beauty. Bell-bottom jeans, hipsters and T-shirts were worn every day. Flower patches were everywhere and bandannas and ribbons were worn in their hair. Floral patterns were universal and the focus was on vibrancy and colour. 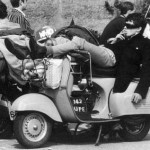 The Mods, was more of a lifestyle choice. They had their own clothes, music, clubs, magazines and vespers. The female look was an androgynous style with short haircuts, flat shoes and little makeup. Models like Jean Shrimpton and Twiggy exemplified this look. Males were seen with the ‘Teddy boy’ look. Button down collar shirts, wool or cashmere jumpers, thin ties and winklepicker shoes were worn. 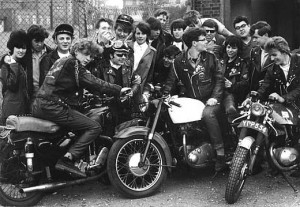 The Social group of The Rockers wore leather jackets with black jeans and heavy biker boots. Rivalling the Mods they preferred to be more scruffy and rebellious. With their hair greased into a quiff they were influenced by the Fifties rock & roll style.

The Space Age
The Space Age look saw new materials being used like PVC and acrylics. Space age silver was mixed with primary coloured prints taken from Pop and Op Art. Chain link belts and disk like earrings were worn and for the more daring, plastic, metal and chainmail designs created by Paco Rabanne and Pierre Cardin were worn. 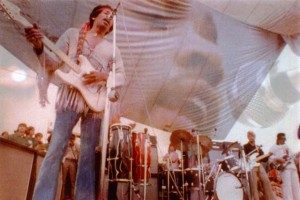 With all the different social groups and subcultures the shapes and silhouettes of the sixties were varied. The early sixties still saw the ladylike styles of fuller skirts from the Fifties however the later styles were more short, straighter and created a more boyish silhouette. Slim narrow styles were seen on some men, which contrasted with the baggy, lose fitting styles seen on the hippies. Low waisted pants were seen in the hippie social groups from the ascendance of their free love and psychedelic philosophies, which led to low rise jeans becoming popularized by Jimi Hendrix and Robert Plant in the late sixties. Jim Morrison carried on this trend during the seventies.

The Sixties was full of Icons. Twiggy was discovered and seen as the first teenage supermodel. Patti Boyd was a model appearing in Italian and British Vogue and was the muse of famous musicians such as George Harrison and Eric Claption. Penelope Tree also modelled for Vogue and was the muse of famous photographer David Bailey. Dusty Springfield was known for her distinctive husky and evocative voice and Cilla Black was another famous singer with 17 consecutive top 40 hits during the Sixties. Jean Shrimption nicknamed ‘The Shrimp’ was a fashion frontrunner and trendsetter with her gamine look and thigh skimming shift dresses. Cathy Mcgowan had regular appearances on the T.V and was known for her heavy mascara and bouffant bee-hive hair and was dubbed queen of the mods. Jacqueline Kennedy created an iconic and stylish fashion that distinguished her in the sixties. Known for her pill-box hat, long gloves and fashionable suits she was close friends with Hubert de Givenchy, who dressed her in ivory satin for a party in Versailles in 1961. 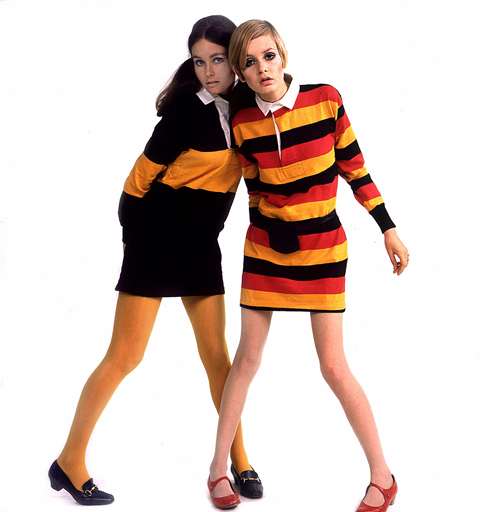 Mary Quant is widely credited with the invention of the miniskirt. However Quant did not invent the style of skirt but rather marketed the skirt well. After studying illustration at an art school, Quantworked for a couture milliner. During this time Quant decided that fashion should exist for everyone, not just the privileged. This led her to open up the London boutique Bazaar in 1955. The success of this store enabled her to open up another in 1961. By 1966 Quant was producing short skirts six or seven inches from the knee. The short skirt trend took off and the Quant style was seen as the Chelsea Girl look.

Yves St Laurent worked alongside Dior, and after the premature death of Christian Dior, Yves St Laurent took over and was seen to have saved France. In 1962 Laurent founded his own house and in 1965 he launched the ‘Mondrian’ look. Following this he released a collection inspired by pop-art and introduced ‘le smoking’, his legendary smoking suit which prompted the androgynous revolution. Yves Saint Laurent is credited with many of the sixties innovations including the redder jacket (1962), the sheer blouse (1966) and the jumpsuit (1968) as well as introducing the famous safari jacket worn by super model Veruschka. He is also credited with starting the ready to wear culture.

Barbara Hulanicki founded one of the sixties most famous boutiques; Biba. Biba was the first high fashion, low price point brand aimed at the younger generation. The Biba style was the classically youthful, androgynous look of the Swinging Sixties London. Mini skirts, shift dresses, tunic smocks, baby doll dresses, coloured tights and floppy hats stocked the store. Her designs were worn by everyone from Cathy Mcgowan to Cilla Black.

Worn by Marilyn Monroe, Emillio Pucci was known for his cult patterns and psychedelic prints. Vogue christened the designer ‘Pucci, the print maestro’. After being photographed by Harpers Bazaar skiing, wearing his own design, the magazine asked him to design winter clothes for women. Pucci’s prints came to symbolize Italian colour and the post war movement, contributing to the Sixties trends of the palazzo pant suit and head scarves.

From working for Balenciaga for ten years André Courrèges developed great cutting skills. With Balenciaga as his mentor, a loan was given to Courrèges to enable him to establish his own fashion house. Courrèges started to develop his own look and in 1964 he showed his Spring collection which featured designs of angular mini dresses and trouser suits made out of heavy fabrics. Mesmerized by space travel the Courrèges look was clean, streamlined and always looking to the future. He used white on white, silver on silver, sequins with moon boots and space helmets. The shapes and color schemes earned him the Space Age name. Courrèges showed his first mini in 1964 – Vogue declared it the shortest they’d seen.

Daimaru is a chain of Japanese department stores. Founded originally in 1717 as a dry goods store, the chain was incorporated in 1907 and reincorporated in 1920 as Daimaru Dry Goods K.K. In 1928 the company changed its name to Daimaru. During the sixties Daimaru was the largest retailer in Japan and opened a subsidiary called Peacok Sangyo operating supermarket. Daimaru went on to be an international department store in Thailand and Australia; however, its international departments have now closed.

Another Japanese department store, Seibu has a wide variety of stores operating in different businesses in their department. In 1940, the founder or Seibu, Yasujiro Tsutsumi, bought a department store in Ikebukuro and named it Musashino Department Store. As Japan became involved in World War 2 the store was almost forced to stop trading and the building was later on destroyed in an air raid, however, the business resumed in a temporary space. During Japan’s post war rehabilitation, Yasujiro Tsutsumi expanded the business and reopened under the name Seibu Department Store. Through the fifties to the seventies, citizens in Tokyo increasingly moved to the suburbs leading to the population in the areas around Ikebukuro increasing rapidly. This led to Seibu’s profit increasing dramatically. During the sixties new stores were opening quickly and the success of these stores saw the rise of Seibu. In1967 a department store opened in Funabashi, a suburb of Tokyo, of 10,000 square meters and in 1968 a store of 24,000 square meters was opened in Shibuya just outside of Tokyo. 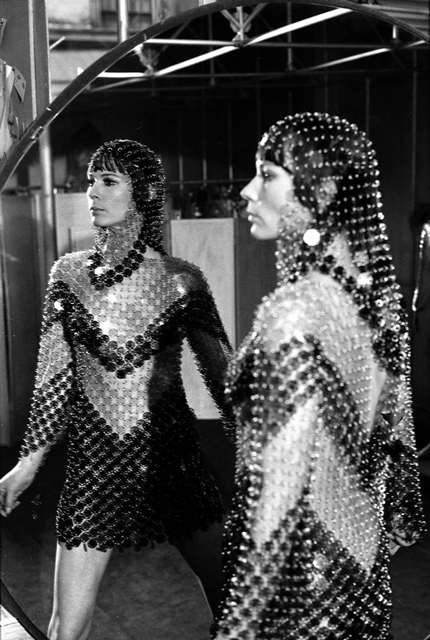