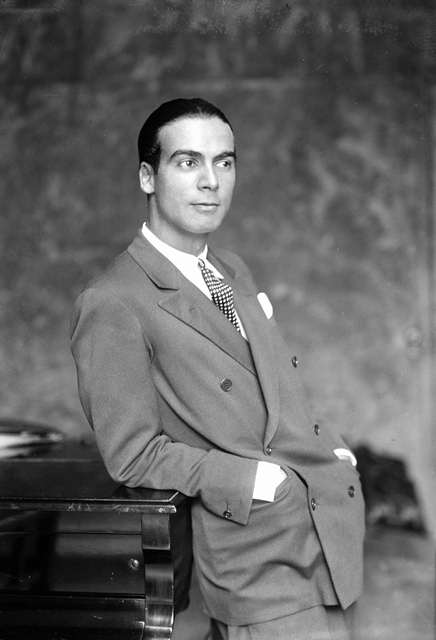 The son of a fisherman and a seamstress, Cristóbal Balenciaga’s interest in fashion grew while spending time with his mother working. One of his mother’s clients, the Marquesa de Casa Torres apprenticed him to tailor, sending him to Madrid to be formally trained. At 24 he opened his own house and opened a boutique in San Sebastian, Spain. In 1931 Balenciaga went bankrupt but later on expanded to open in Madrid and Barcelona. During this time the Spanish royal family and aristocracy wore his designs but due to the Spanish Civil War, he was forced to close his stores.

Travelling to Paris, he opened his Paris couture house on Avenue George V in August 1937. Teaching and inspiring other designers inlcluding, Oscar de la Renta, Madeleine Vionnet, Christian Dior, Coco Chanel, and Hubert de Givenchy. Andrè Courrèges and Emanuel Ungaro actually worked with him on a one to one basis.

Known for his perfection Vogue stated in 1962 ‘There is one brief, pithy Spanish word, cursi, that Balenciaga uses to describe what he hates most in fashion: vulgarity and bad taste. Of these he has never, ever, been guilty.’ In 1968 Balenciaga closed his house after working in Paris for thirty years. When customers asked him where they should go, he pointed them towards Givenchy.

Jacques Bogart S.A acquired the rights to Balenciaga in 1986 and opened a ready-to-wear line, Le Dix. With mixed reviews for the head designer Michel Goma, he was finally replaced with Josephus Thimister in 1992 restoring Balenciaga to its elite status. The brand is now owned by the Gucci Group and headed by Nicolas Ghesquière.

In 2012 Ghesquière exits the brand and Alexander Wang took his place as creative director. For his debut runway collection for Balenciaga in February 2013, Wang showed clothes that honored Cristóbal Balenciaga’s fashion legacy, a mature and admirable move that earned him a nod of approval from his peers.

One thought on “Cristóbal Balenciaga”