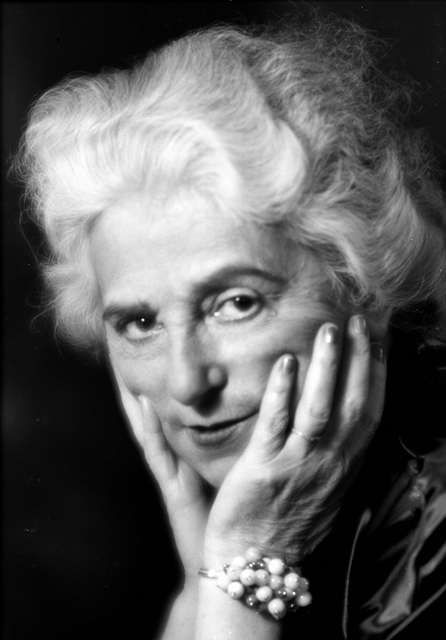 Madeleine Vionnet began in fashion at eleven when she worked as an apprentice to a seamstress. At 18, after a short marriage, she left her husband and went to work in London as a hospital seamstress.

While in London she developed her sewing skills training with Kate Reilly, a supplier to the British Royal family. After working with Reilly, Vionnet returned to France where she secured a job at the famous fashion house Callot Soeurs. Vionnet then left Callot Soeurs and joined Jacques Doucet.

With her skills refined, Vionnet founded her own fashion house Vionnet, in 1912. However, before Vionnet could develop her business, she was forced to close two years later due to the outbreak of the First World War.

Vionnet carried on designing and became enormously successful in the twenties. Her success resulted in the reopening of her fashion house in 1923. Situated on Avenue Montaigne, the premises was designed by architect Ferdinand Chanut and decorated by George du Feure with crystal sculpture Rene Lalique. The new location was referred to at the time as the “Temple of Fashion”.

Vionnet continued to impress the world with her sartorial skills and ability to experiment with elegance. During the twenties Vionnet invented the bias cut, a technique of cutting fabric diagonal to the grain of the fabric, causing it to cling to the body while moving with the wearer.

Vionnet’s new technique revolutionized women’s clothing and she was given the title of “architect among dressmakers”.

Influenced by Isadora Duncan and ancient Greek art, Vionnet’s simple styles were designed to match the curves of a woman’s body, echoing the fluidity and motion. Her designs continued to impact the fashion world throughout the following decades.

While known for creating high fashion luxury pieces, Vionnet began to focus on mass production, ready-to-wear clothing. From her previous experiences working as a hospital seamstress, Vionnet understood how to simplify her designs to retail to the mass market.

With fashionable designs being unaffordable for those on lower incomes up until the twenties and thirties, Vionnet began to design clothes taken from the catwalk and mass produce them revolutionising the fashion industry.

Vionnet still focussed on luxury garments and haute couture. During the thirties her gowns were worn by Marlene Dietrich and Katherine Hepburn.

In 1939, aged 63, Vionnet closed her fashion house at the outbreak of the Second World War. However, she continued to mentor new designers passing on her principles and experience.

Living to almost 100 years old, Vionnet died in 1975. She has continued to inspire and is adored by contemporary designers including Azzedine Alaia, Issey Miyake and Vivienne Westwood.