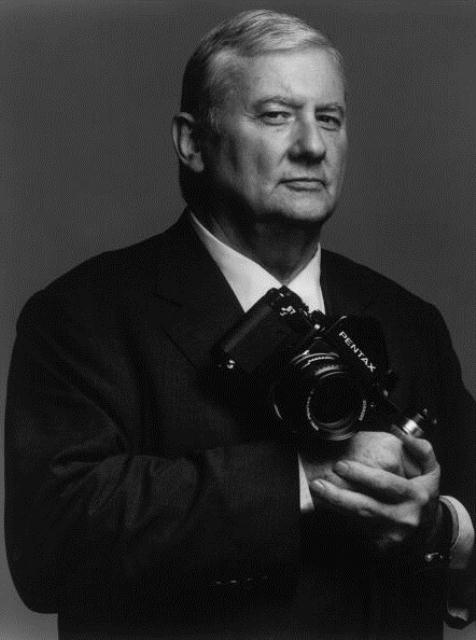 Terence Donovan was born in East London in 1936.

Aged eleven, he entered the London School of Photo-Engraving, before leaving at the age of fifteen to become a photographer’s assistant.

In 1957 he started working at the John French Studio, but left a year later to open his own photographic studio, then only aged 22. The studio was a success and he soon started working with high profile magazines such as Queen, Man About Town, and in 1963 Vogue Magazine – a collaboration that only ended with his death. Later on he also started working with Nova, Marie Claire and Elle.

Alongside Brian Duffy and David Bailey he became a part of the 1960s’ Swinging London, inventing the style and the position of celebrity photographers.

In the 1970s he began working on advertising photography.

In the 1980s he worked for Harper’s Bazaar, and was assigned the shooting of the fashion collections twice a year for its Italian edition.

In 1986 he worked with Robert Palmer, filming his music video “Addicted to love” for which he was then nominated two years later by the magazine Vanity Fair as “People of the Decade”.

In the 1990s he was appointed “Visiting Professor” at Central St Martin’s School of Art.

He was married twice, the first time very briefly to Janet Cohen, and then to Diana Dare, to whom he stayed married until his death in 1996.