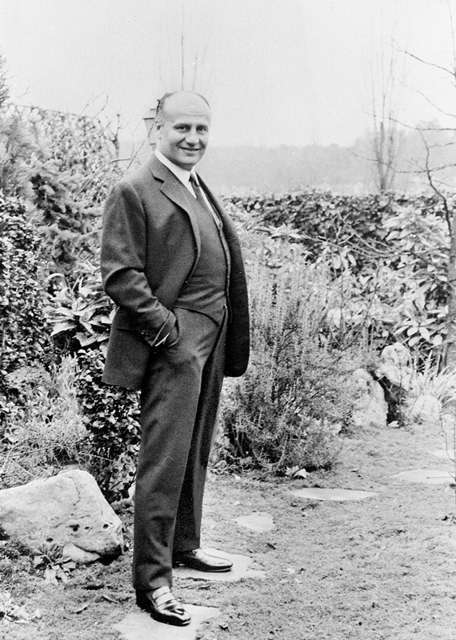 Pierre Balmain grew up to a family already in fashion. His grandfather owned a drapery business and his mother and sisters worked in a fashion boutique, which created an early influence for fashion. Studying architecture at the Ecole Des Beaux Arts, Balmain was encouraged by his mother to become a navel surgeon rather than following the architectural or fashion route due to financial circumstances. Ignoring his mother’s advice, Balmain instead wrote to Robert Piguet, Lucien Lelong, Jeanne Lanvin and Edward Molyneux asking for a job. The latter offered Balmain his first job.

Leaving his architectural studies, Balmain joined Molyneux for five years during 1934 – 1939. During this time he also freelanced drawing for Piguet. AfterMolyneux he joined Lucien Lelong, where he sketched alongside the unknown Christian Dior.

In 1945, Balmain opened his own fashion house, with his most sought after design an embroidered white brocade dinner dress. His style consisted of small waists with long bell shaped skirts, a look that was later popularized as Dior’s New Look. The opposite of the forties austerity styles, clients flocked to Balmain’s store, eager for the new style.

The American author Gertrude Stein, embraced the new French style in her work, writing that the emerge of the active, vivacious, elegant and immaculate woman symbolized the 1950s perfectly. It was the birth of the ‘Jolie Madame’.

In 1951 Balmain opened stores in the United States selling a ready-to-wear line. On his own, Balmain had a successful list of clients including Sophia Loren, the Duchess of Kent and the Queen of Siam.

Mortensen left the house in 1990, replaced by Herve-Pierre who served for three years focussing on the Haute Couture and ready-to-wear. Oscar de la Renta took over keeping faithful to the ‘Jolie Madame’ style. In 1998 Gilles Dufour became Artistic Director of the Balmain diffusion ready-to-wear. Laurent Mercier then took over the ready-to-wear and Haute Couture and finally in 2011 Olivier Rousteing was named creative director after replacing Christophe Decarin.