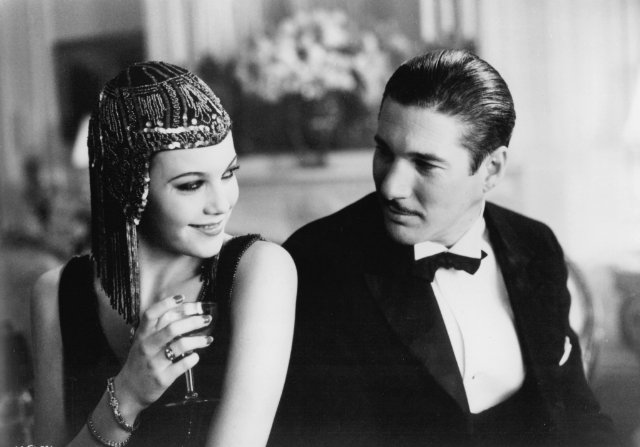 With the Gangster theme being popular of films in the late seventies and eighties, Francis Ford Coppola went back to the routes of the subject and focused on the 1920s prohibition jazz joint The Cotton Club for this movie. Run by gangsters and featuring mainly African American performers but only allowing white customers, this was a glamorous yet dangerous place to be in the 1920s.

Francis Ford Coppola’s usual style and composition did not falter in this film, ensuring the aesthetics that we later became accustomed to. Milena Canonero, the costume designer who worked on previous successes such as Clockwork Orange and Barry Lyndon, won the best costume Academy Award for this film. Her portrayal of the 1920s flapper style was mesmerising, showing bejewelled figure hugging gowns worn with skullcaps and headpieces adorned with feathers and lace.

The men were in the customary three piece suits and white tuxedo jackets with black trousers and bow tie, the gangsters always sporting their trusty fedora. The glamour was palpable and makes us want to go back in time to these smoky, gritty jazz joints.