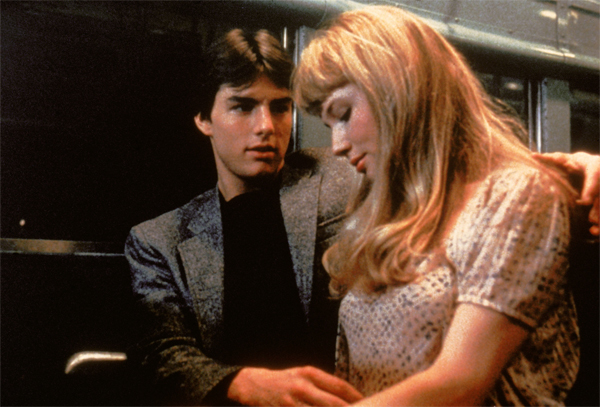 This 1983 film is based on a high school graduate and his summer of freedom.

When his parents go away on a trip, he takes advantage of the situation, raiding the liquor cabinet, liaising with prostitutes and getting mixed up in petty crime. It features typical Eighties fashion such as stone washed jeans, backcombed hairstyles and shoulder pads, but the fashion world can thank this film for being responsible for the resurgence in the popularity of Ray Ban wayfarers. Made in the 1950s the sunglasses were set to be discontinued before Ray Ban made a deal with a product placement company, which resulted in the glasses being featured in films and TV adverts. In 1983 after the success of Risky Business and the iconic status of its starring actor Tom Cruise, 360,000 pairs of wayfarers were sold that year and it marked the beginning of a wayfarer phenomenon.