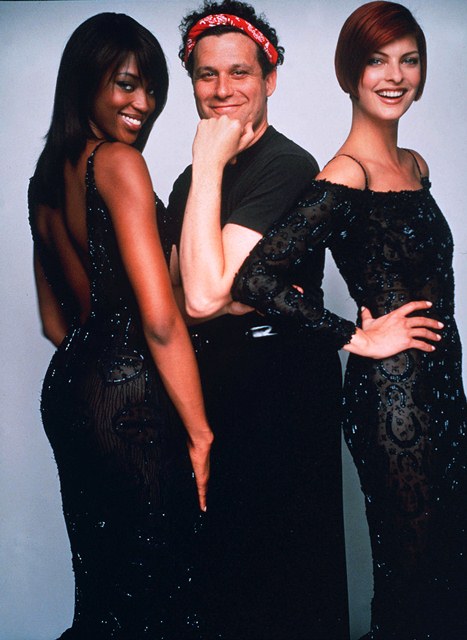 Linda Evangelista is one of the original supermodels alongside Claudia Schiffer, Cindy Crawford, Christy Turlington and Naomi Campbell. The internationally recognised beauty was born on May 10th1965 in Ontario, Canada.

Linda was raised in a traditional Catholic family and by the time she was 12, knew she wanted to pursue a modeling career. An agent from Elite Model Management discovered her when she entered the 1988 Miss Teen Niagara beauty pageant. Though she didn’t win the pageant this turned out to be the vital step towards her hugely successful career. She later moved to New York City and signed with Elite Model Management, eventually then moving to Paris to further her career.

Her beautifully defined facial structure and blue-green eyes have appeared on the covers of nearly every fashion magazine including Elle, French Vogue, W and Harper’s Bazaar, totally over 600 covers and counting. On one of better known covers, Vogue features a heavily pregnant Linda, aged 41, posting naked.

Linda’s fame and modeling prowess has led her to walk for an enviably long list of high profile fashion houses, including Chanel, Versace, Christian Dior, Valentino, Hermès and Dolce & Gabbana.

During one traumatic haircut Linda had her long brunette tresses chopped off into a style she described as “a bowl cut with sideburns”, she reportedly cried during the haircut but it became one of the defining moments of her career as her look became even more standout, and was soon replicated by women worldwide. Following this Linda rapidly progressed to be arguably one of the most successful models of all time thanks to her sleek and modern look. George Michael even featured Lind Evangelista in two of his music videos ‘Freedom’ and ‘Too Funky’ such was the extent of her success.

Linda once famously said, during an interview with Vogue: “We don’t wake up for less than $10,000 a day…”, speaking of her and the other “supers” paving the way to models having more control over their own careers.

Though not completely retired from modeling, Linda now acts mostly as an activist for campaigns such as Mac’s Viva Glam and HIV/AIDS research fund.