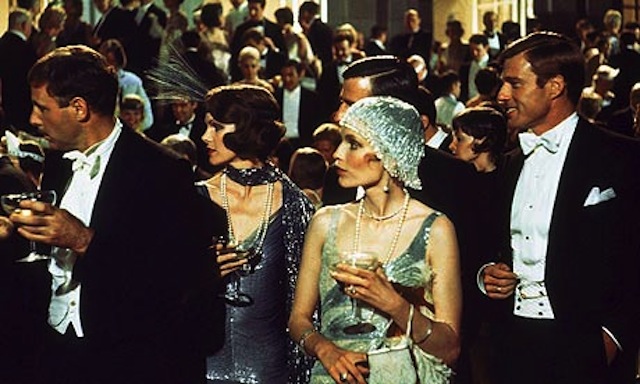 The 1974 film was no different, starring Mia Farrow and Robert Redford, it was true to the shift in attitude of women in the 1920s from war to social life, enhancing their interest in fashion, and their new found power in gaining the right to vote meant hemlines were shorter and clothes looser.

The atmosphere of the film was canned by the critics as too cold and not true to the love of the jazz era, but the costumes were its success, the beautiful bejewelled dresses and skullcaps, opulent jewellery, furs and decadence of the women and immaculate three piece suits in white, tuxedos and tailored trenches on the men. A film dedicated to the aesthetics.