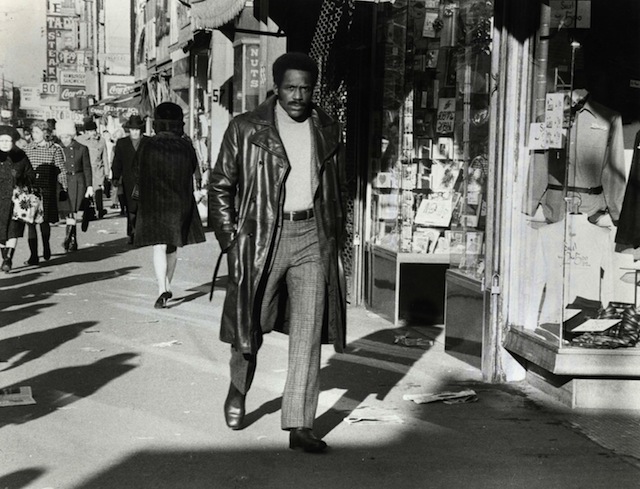 Set in the disco era of the seventies, civil rights and black power movements were well underway and shaft became the first film to promote the black man as movie hero. The film’s star Richard Rowntree, who became an actor after finding his fame as a football player and a model was a leading man in the film industry’s blaxploitation genre. “I know Shaft’s a fantasy person, a fictional person,” Roundtree told The New York Times in 1972, “but the image kids see of him on the screen is of a black man who is for once a winner.” Joseph Aulisi the costue designer for this film, worked on broadway before starting his film career in 1971 in Shaft. He worked on many films after this of a similar genre and he set the bar in this one for cool crime film fashion to come. Gangsters wore the now compulsory fedoras, long trenchcoats and carried cigars. John shaft was a cool cat in flared trousers, black leather jackets and ribbed turtleneck jumpers. Blaxploitation films were also the first to include soundtracks of funk and soul which brought about a whole new feel to films and created black role models for people to follow, whether that be in fashion or otherwise.