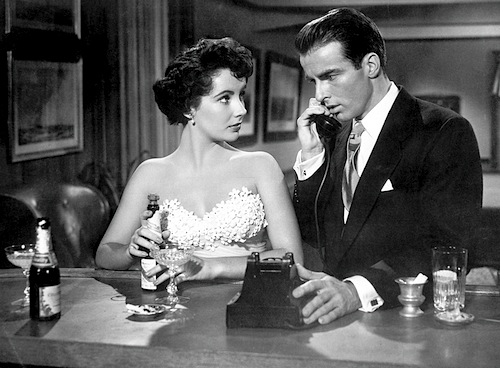 Edith Head rears her talent once again in this revered black and white film that won an academy award for best costume design. Edith had a challenge on her hands as the release date for the film was more than a year after the completion of costume and it had to be on trend. She kept the details such as sleeves and collars to a minimum as she felt those were the trends she couldn’t predict but she needn’t have worried. Rather that just be on trend,

Elizabeth Taylor‘s character set trends. Her white evening dress adorned with small floral decorations was copied by manufacturers the world over and became one of the most iconic dresses in the Golden Age of Hollywood. Elizabeth Taylor was a mere seventeen years old in this film and it was her first venture with Montgomery Clift, as well as the start of a friendship with designer Edith Head.

All girls aspired to be like her and she pioneered the jeans by day and Christian Dior‘s New Look by night phenomenon. A trend people still aspire to.