The De Young museum in San Francisco has announced they will be presenting the world premiere survey of Oscar de la Renta’s life and work from March 12 to May 30, 2016. Curated by André Leon Talley, the survey will be presented in collaboration with the designer’s house and family. 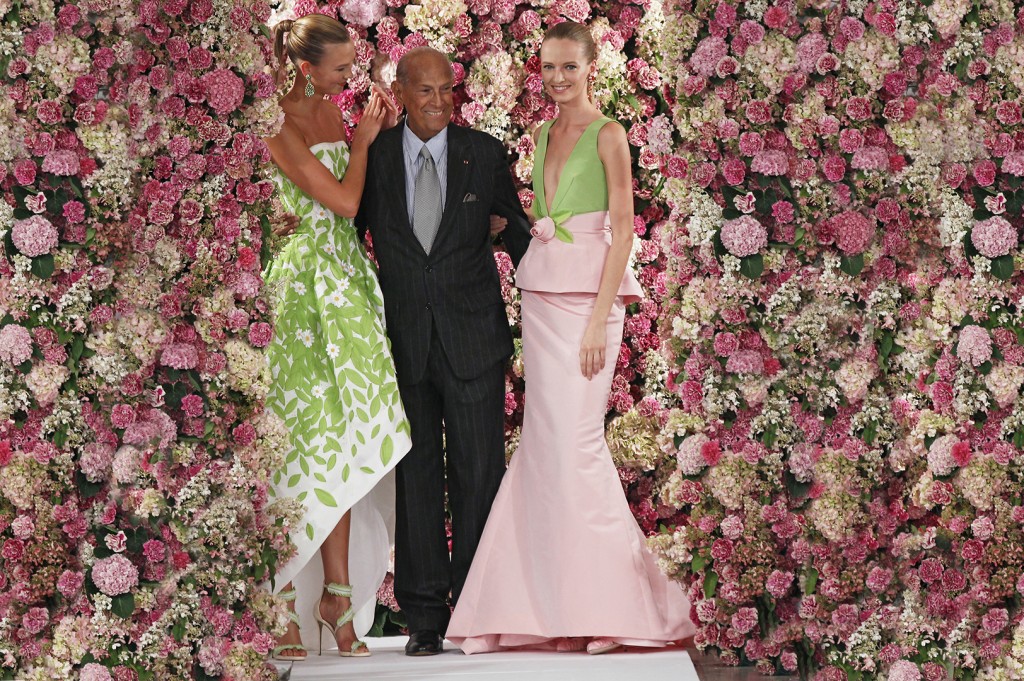 “I am honored and excited to be the curator of the definitive Oscar de la Renta retrospective exhibition at the de Young Museum,” Talley stated in the De Young’s press release, “This privilege is exceedingly important for me after years of close friendship with Oscar, as well as a strong working relationship during my life at Vogue. My goal is to highlight the extraordinary depth of Oscar‘s creative aesthetic from his earliest designs for Jane Derby throughout the five decades of his remarkable career.” 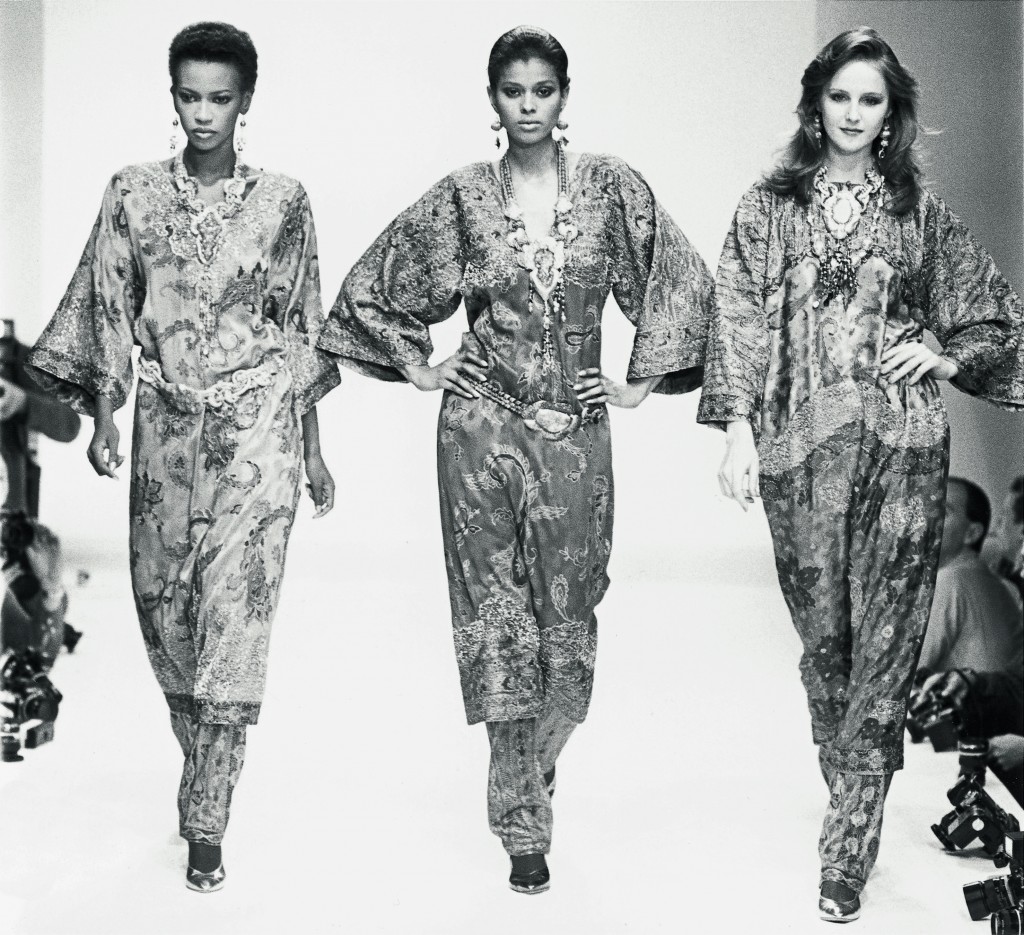 De la Renta’s death just a year ago this fall rocked the fashion world, and still resonates today throughout the industry. At the age of 82, Oscar de la Renta concluded a monumental 60 year career in the industry. The designer was born in 1932 in the Dominican Republic, named Óscar Arístides Renta Fiallo. Oscar traveled to Madrid at 18 to study painting at the Real Academia de Bellas Artes de San Fernando, and Madrid offered him a plethora of opportunities, which resulted in his sketching for fashion houses and newspapers. In 1956, he was commissioned to design a dress for the U.S. Ambassador to Spain’s daughter, which she wore in Life Magazine. By the following year, de la Renta was working as a fashion illustrator for the house of Cristobal Balenciaga, moving on to Paris in 1961 to work as an assistant couturier to Antonio del Castillo at Lanvin. 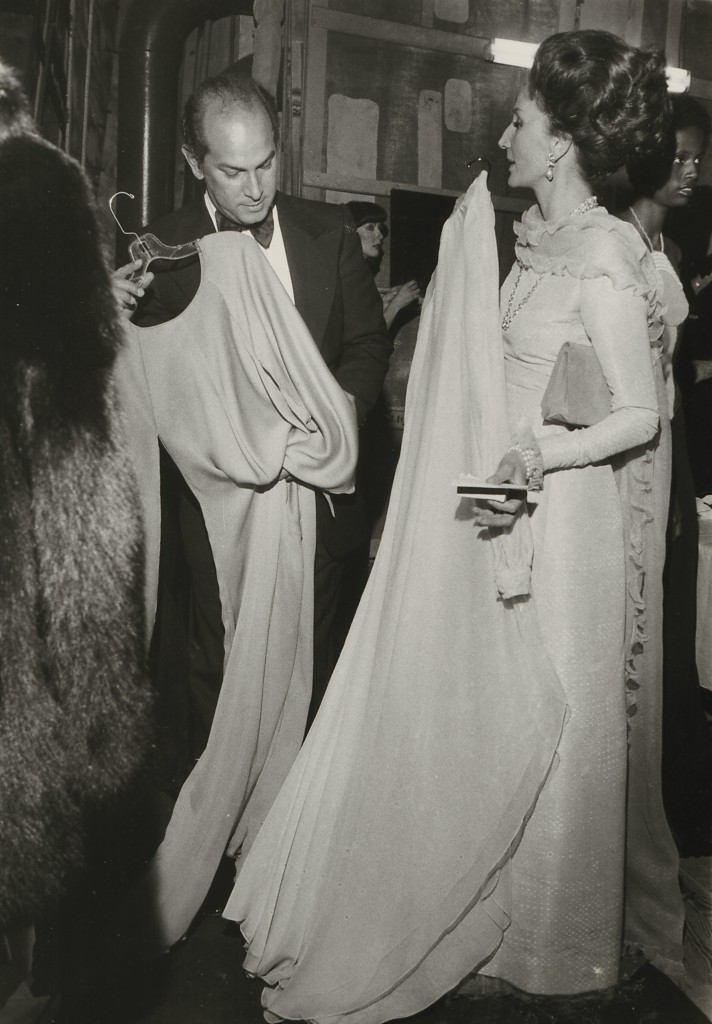 In 1963 De la Renta moved to New York, where he created his first couture collection under Elizabeth Arden, remaining there for two years before moving on to work for Jane Derby where he was made a partner. Upon Derby’s death, de la Renta took over the house, which allowed for the rise of the House of Oscar de la Renta. 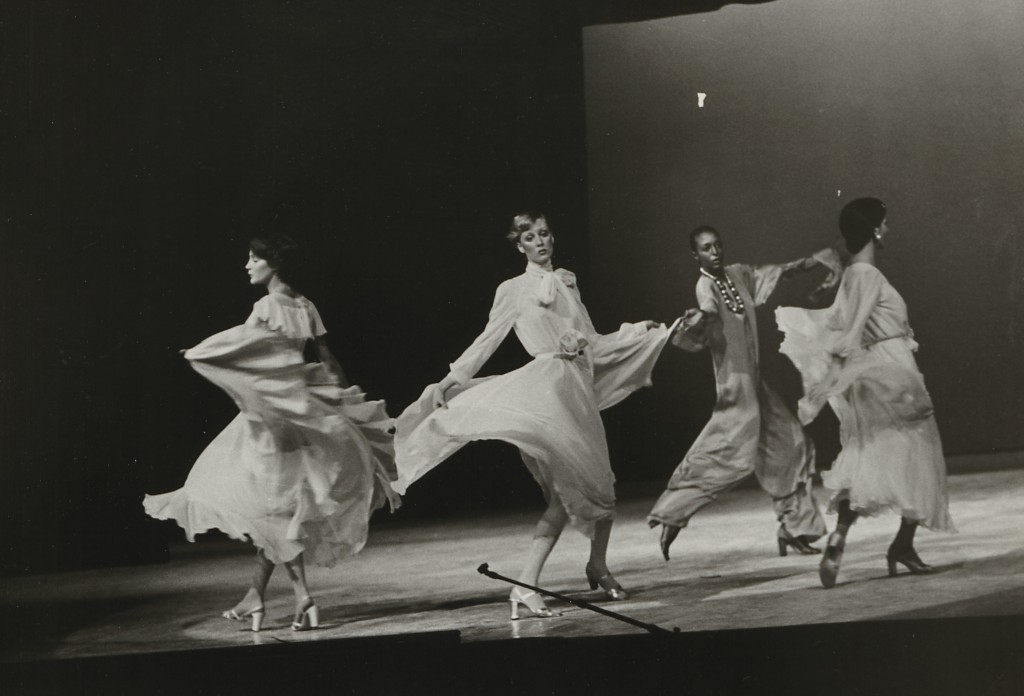 From this moment, de la Renta’s work only flourished. His designs have maintained a distinct elegance and refinement that has consisted through his house for the past 50 years. Beyond the timeless style and quality of his designs, Oscar’s work is known for the stunning detail and embellishments, “I design clothes for women to wear. I am not interested in shock tactics. I just want to make beautiful clothes.” 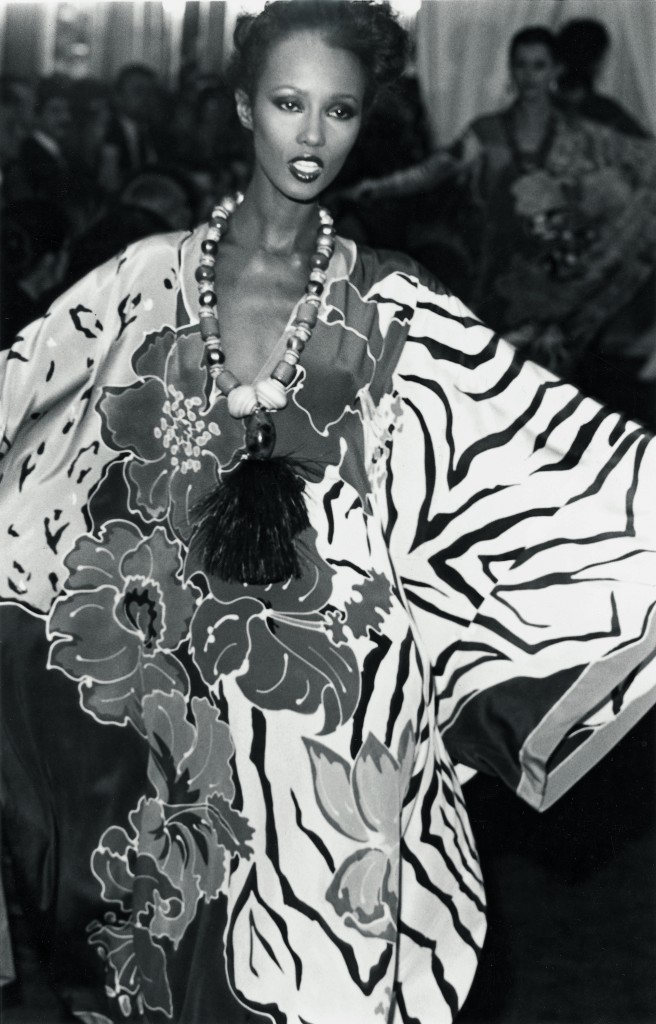 A keen understanding of the modern woman and the direction in which fashion has moved contributed to Oscar’s success.“Today, women have the power to make their own decisions. She doesn’t really care so much about whose dress she will wear; she cares about how she identifies with that dress, how that dress represents [how] she feels on a particular day.” The variation in wearability through the designer ensembles gives credence to this idea, ranging from beautiful pantsuits and pencil skirts suited for work or business wear, to evening gowns and cocktail dresses, each in enough variety to appeal to any number of different women. The quality behind each piece, from the hem or the cut, to beaded or embroidered detailing, further reinforces the designer’s commitment to creating beautiful pieces. 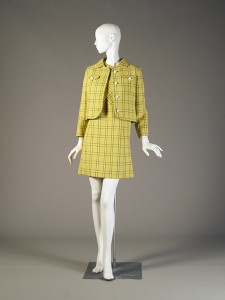 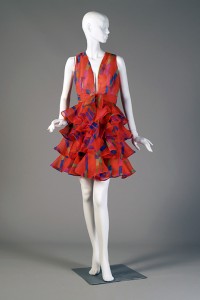 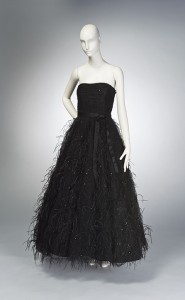 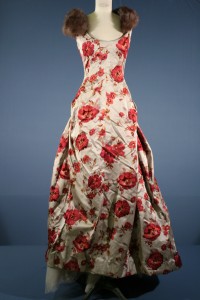 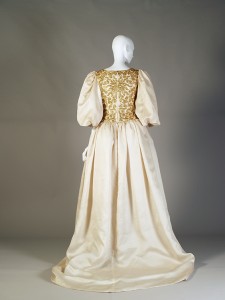 Over the next 50 years Oscar de la Renta received numerous awards and honors, both nationally and abroad, including the Coty Award and the Neiman Marcus Fashion Award for Distinguished Service in the Field of Fashion. Between 1973 and 1988 he served two terms as President of the Council of Fashion Designers of America, and in 1989 the CFDA distinguished de la Renta with the Lifetime Achievement award, to be followed in coming years by two Womenswear Designer of the Year Awards and the CFDA Founder’s Award. In 1999, he was awarded the French Légion d’Honneur as Commanduer, the highest decoration in France, and the following year he was honored by King Juan Carlos of Spain with the Gold Medal of Bellas Artes. For ten years, from 1992 until 2002, Oscar designed the couture collection for Balmain, making him the first Dominican to design for a French couture house. 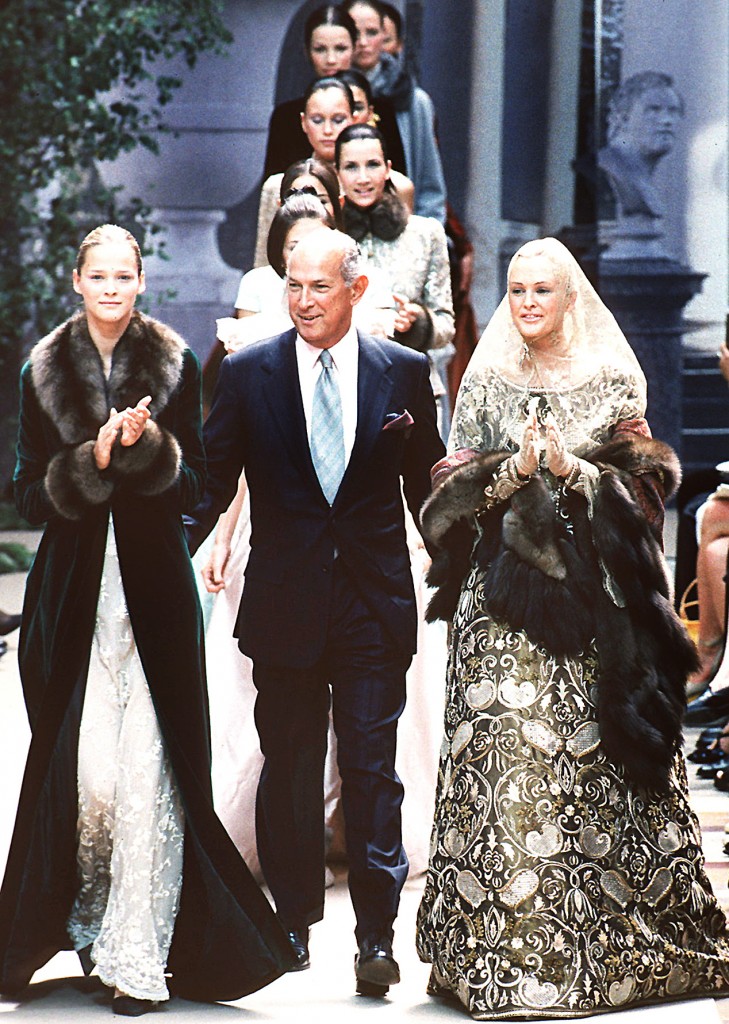 Beyond his substantial accolades, Oscar de la Renta maintained a strong social presence, dressing not only celebrities and performers for the red carpet, but several first ladies including Jacqueline Kennedy, Nancy Reagan, Hillary Clinton and Laura Bush. In 1982 Oscar established La Casa del Niño in the Dominican Republic, a daycare and orphanage that has grown over the years to now serve over 1,500 per day. His philanthropy throughout the Domincan Republic was known and celebrated, as he encouraged others to contribute and help in giving back to his country of origin, where he maintained dual citizenship with the United States until his death. 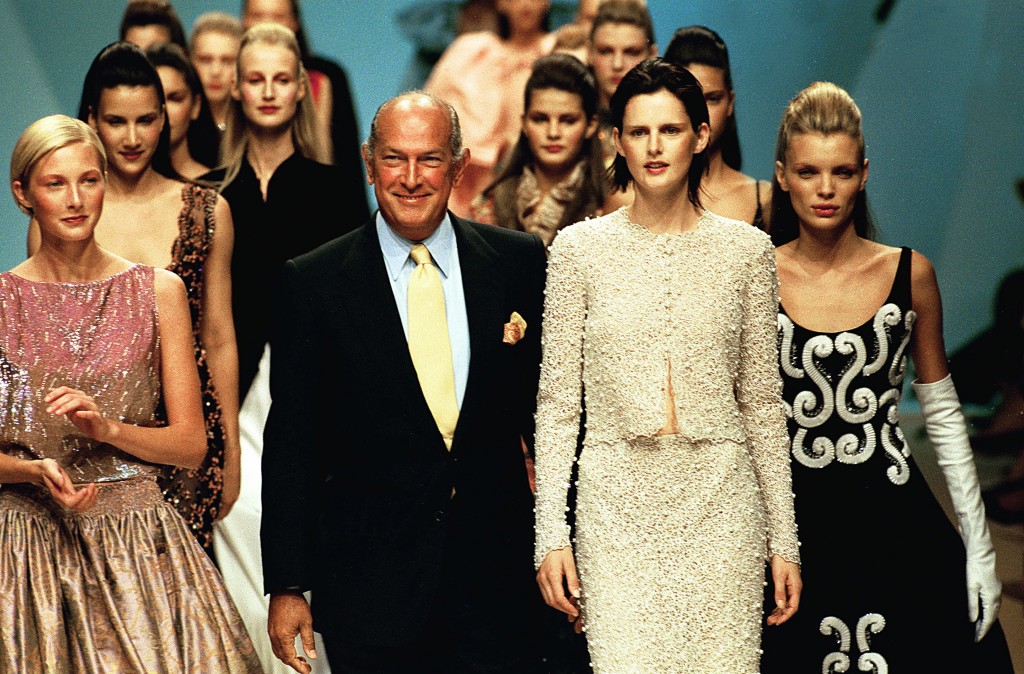 Over 130 ensembles will be presented by the De Young museum this coming spring, in a selection ranging from over 50 years worth of creations. These pieces have been accumulated from private collections around the world, the Fine Art Museums’ own collection, and the private collection of Oscar de la Renta himself. The De Young Museum has previously curated exhibits by other renowned designers, including Balenciaga, Yves Saint Laurent, Vivienne Westwood and Jean Paul Gaultier. 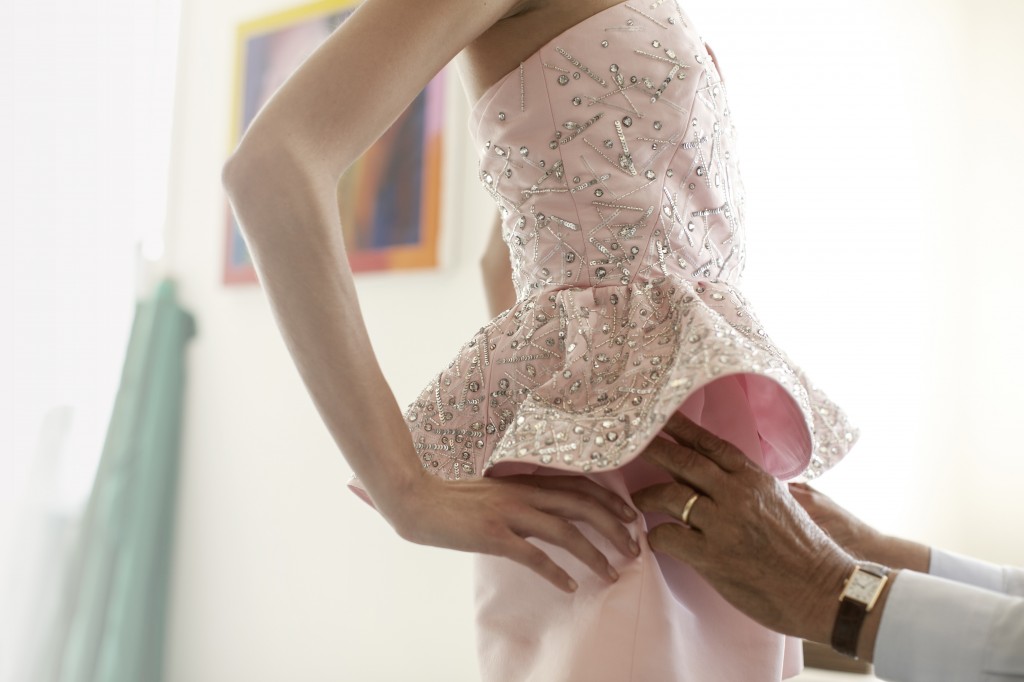