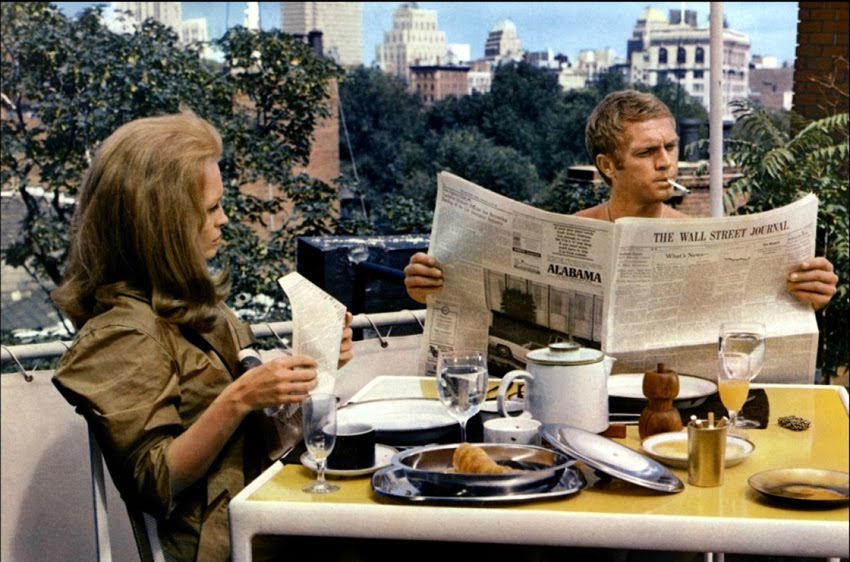 Theadora Van Runkle was hired as the costume designer for this film at the recommendation of Faye Dunnaway with whom she worked on Bonnie & Clyde. Dunnaway was so impressed with the style icon she made her into and the fashion following she had from the previous film that she was to work with Van Runkle on this and many other films to come.

Where the Thomas Crown Affair didn’t have the sartorial success that Bonnie and Clyde enjoyed, it was still cutting edge fashion that people would follow, because it was being worn by Steve McQueen and Faye Dunnaway, and because it was being designed by Theadora Van Runkle. It featured more of a sixties style with bell sleeves on coats, pastel colours and floaty chiffon layers, but replaced the bubbly swinging sixties look with sharper edges and a more minimalistic glamour that comes with money.