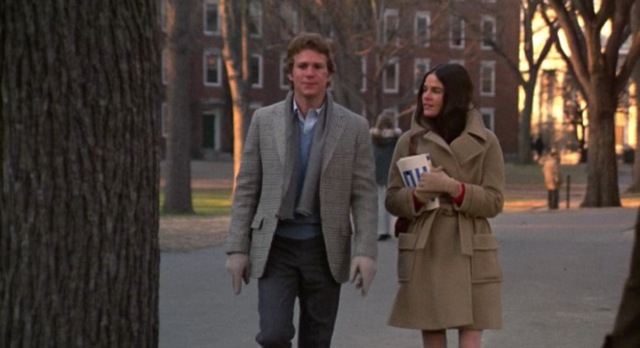 Love story brought to the forefront the geeky bookish fashion we still see today that was prevalent in the Seventies. It tells the tragic love story of two university students who are eventually separated by a fatal illness and despite not being a fashion forward film, its success and popularity ensured that the characters set precedent for a certain style that was followed throughout the decade and beyond.

We have Love story to thank for making tweed not only the look for a geeky awkward professor, but for the fashion forward youth of the seventies, and of today.