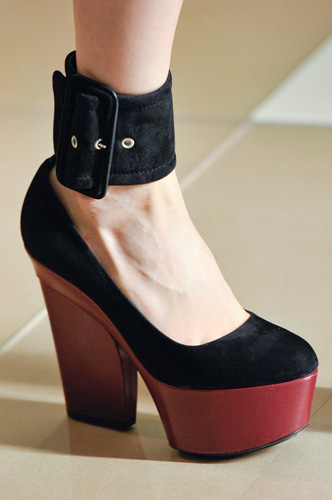 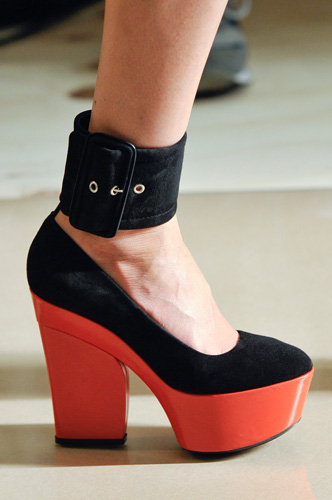 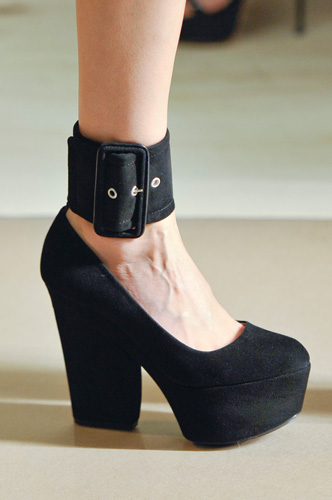 Platform shoes are also known as disco boots. The platform is a shoe with a deep sole called “platform” that raises the foot from front to back. Platforms can be made on different types of shoes like boots, sandals and many other styles of fashionable footwear. The platform has a thick sole that reaches up to four inches high and even higher. Platforms are often made out of plastic, rubber, wood like clogs styled platforms and much more.

Platforms date back to the ancient times however the platform wasn’t really known as a fashion item until the 1930’s when it became quite popular up until the 1950s. In the late 1960’s the platform flourished again and remained very popular until the 1980’s. The shoe then became popular with men and women during the disco era where it has been worn for glamour and to provide height without discomfort.  They became very popular as famous music groups like ABBA were wearing them during theirs performances.  In the 1990’s Fashion Designer Vivienne Westwood re introduced the high heeled platform with five inch platforms and nine inch heels and famously Naomi Campbell fell on the catwalk in those. Platform shoes have been shown in designer Celine’s spring/summer 2012 collection.