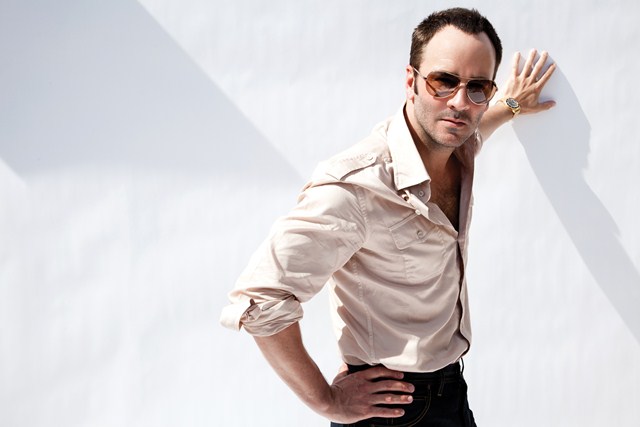 Born to two realtors, Tom Ford spent his early like in Austin, Texas. At eleven his family moved to Santa Fe New Mexico where Ford schooled. He left Santa Fe to enrol at Bard College at Simon’s Rock but dropped out to move to New York to study art history at the New York University. Ford again dropped out after only a year and turned his efforts to acting. He concentrated on acting for six years while living in Los Angeles during this time he featured in twelve national advertising campaigns simultaneously. In the late seventies he arrived back to New York where he frequented the popular nightclub Studio 54 and decided to study interior design at Parson’s School of Design. Before his last year of school, Ford spent a year and a half in Paris working as an in intern in Chloé’s press office where he decided his interest lay in fashion.

After graduating, despite his lack of experience, Ford tried for a job working for Cathy Hardwick. Through his constant perseverance Ford secured a job working as Hardwick’s design assistant for two years. In 1988 Ford moved to Perry Ellis as design director of the Woman’s American Division. Growing tired of American fashion, Ford commented ‘If I was ever going to become a good designer, I had to leave America. My own culture was inhibiting me. Too much style in America is tacky. It’s looked down upon to be too stylish. Europeans, however, appreciate style.’

In 1990 Ford relocated to Milan, where he worked for Dawn Mello at Gucci. When Mello moved back to New York, Ford took over her position. With his role at Gucci increasing Ford designed his first menswear collection in 1992, in the same year he took over heading the brand’s ready-to-wear, fragrances, image, advertising and store design. In 1994, Ford was promoted to creative director of Gucci. In his first year he was credited as putting the glamour back into fashion. 1995 saw Ford’s favour increase and celebrity backing and advertising campaigns by photographer Mario Testino followed. Between 1995 and 1996 sales at Gucci increased by 90%. With the Gucci Group acquiring the house of Yves Saint Laurent, Ford was named creative director in 2000. Like with Gucci, Ford catapult the classic fashion house back into the main stream. From the help of Ford, the house that was almost bankrupt when he joined was valued at $10 billion U.S dollars when he left the Gucci Group in 2004.

In 2005 Ford created the TOM FORD brand with former Gucci Group president Domenico De Sole. In the same year Ford announced his partnership with the Marcolin Group to produce eye wear as well as a partnership with Estee Lauder to create TOM FORD beauty products. In 2007 he opened his first flagship store in New York coinciding with the debut of the TOM FORD menswear and accessory collection.

Also in 2005 Ford created his own film production company FADE TO BLACK and in 2009 he made his directorial debut with the award nominated A Single Man staring Colin Firth and Julianne Moore.