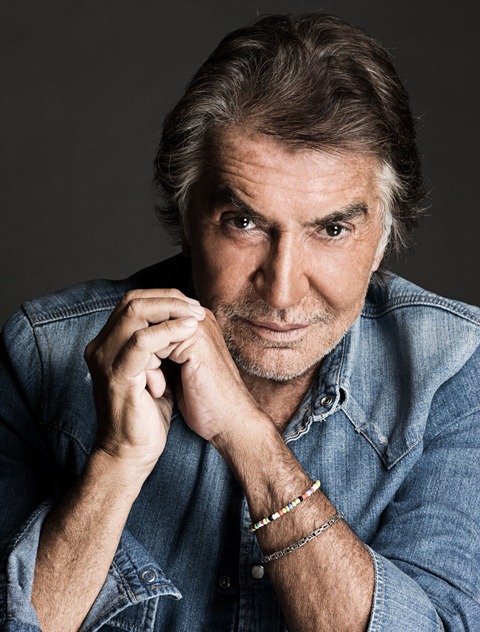 Born into an artistic Italian family, Roberto Cavalli started an interest in art from his grandfather, Giuseppe Rossi, a member of the Macchiailo Movement. Following the family tradition, Cavalli enrolled at the Institute of Art in Florence at 17 and started to specialize in textile applications.

Concentrating on textile print, Cavalli developed a series of flower prints on knit, which attracted attention from Italian hosiery factories.

During the early seventies, Cavalli invented a printing procedure on leather and started creating patchworks of different materials. Cavalli debuted these techniques in Paris. Impressed with his revolutionary procedure, fashion houses including Hermes and Pierre Cardin started commissioning Cavalli.

Cavalli started to develop and design his own collection and at the age of 30, presented his work at the Salon for Pret-a-Porter in Paris. Following Paris he showed his collection at the Palazzo Pitti in Florence. Two years later in 1972, he opened his first boutique in Saint Tropez attracting a crowd of beautiful people, including the young Brigitte Bardot.

Cavalli designed the first sand blasted jeans in 1994. The same year he opened more boutiques in Saint Barth, the French Caribbean and Venice.

In 1988, Cavalli started the Just Cavalli line, a more accessible line for a wider audience.

In 2002, Cavalli opened a café store in Florence, decorated with his signature animal prints. This was followed by the Just Cavalli café in Milan. In 2007, Cavalli designed the costumes for the Spice Girls’ World Tour. The same year he designed a one time collection for H&M.