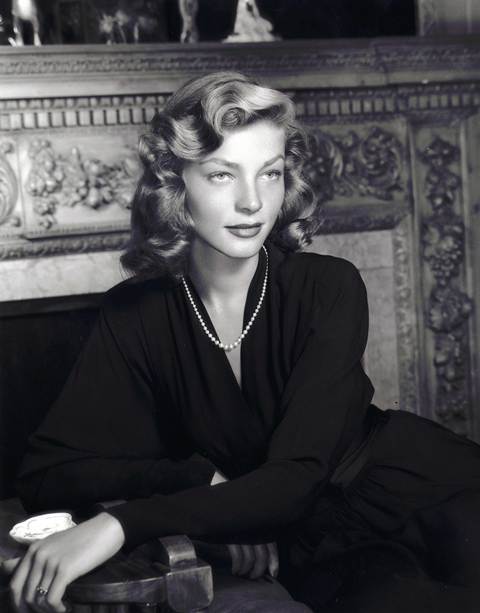 Lauren Bacall, born Betty Joan Perske in September 1924, started out as a model, before gracing the big screen alongside Humphrey Bogart films such as To Have and Have Not (1944), and The Big Sleep(1946). The star famously marriedBogart in 1945 and also feature alongside Marilyn Monroe and Betty Grable in How to Marry a Millionaire (1953) and later earned a Golden Globe Award and Oscar Nomination for her performance inThe Mirror Has Two Faces (1996).

Bacall is famed for her elegant style, husky voice and sultry signature “The Look”. The star was discovered by Howard Hawk after his wife Nancy saw Bacall on the March 1943 cover of Harper’s Bazaar. Hawk began to manage the actress, and was the one to suggest she change her name and trained her voice to a lower register, while Nancy helped dress Bacall and develop her signature style. Her famous gaze is the result of Bacall quelling her nerves by pressing her chin downward before every take during screen tests for To Have and Have Not.

While on set, Humphrey Bogart and Bacall began a relationship, despite Bogart’s  marriage to Mayo Methot, who was also an actress. Bogart always referred to his wife as Baby, and gifted Bacall with a whistle charm bracelet, referencing Bacall’s famous line from To Have and Have Not; the trinket was engraved with the phrase, “If you need anything, just whistle.” Bogart and Bacall had two children together, Stephen Humphrey Bogart and Leslie Bogart.

After Bogart’s death in 1957, Bacall began a relationship with Frank Sinatra, the relationship was rumoured to have ended after news of Sinatra’s proposal to Bacall was leaked to the press. Bacall went on to marry Jason Robards Jr. and gave birth to son, Sam Robards, in 1961.

The actress’ film noir performances feature an array of checked and houndstooth co-ordinating separates such as mid-length skirts and blazers, mixed with crisp-lined basics for day. For evening, Bacall wore slinky evening gowns with plunging necklines and strong shoulders; all while keeping her blonde hair immaculately coiffed loose waves, with a side part. Bacall accessorized with layered pearl necklaces, brooches, neck scarfs and berets. The star’s signature beauty look featured minimal eye make-up and a pop of colour on the lip.

Bacall’s sartorial signatures thrive through Autumn and Winter, in a sea of luxurious tailoring, peplums, tweeds, felted wool and forties glamour to keep you warm through the colder months.