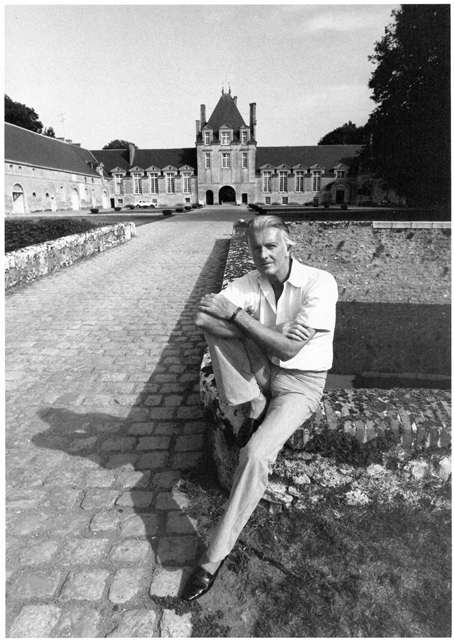 Hubert de Givenchy’s father died at a young age  leaving Givenchy and his brother to be raised by his mother and grandmother. At the age of ten Givenchy visited the World’s Fair in Paris in 1937. The trip started Givenchy’s interest in fashion. After studying at the College Felix Faure in Beauvais Givenchy left  for Paris  to study at the Ecole Nationale Superieure des Beaux Arts to follow  his passion for fashion.

Through family associations, Givenchy was able to secure work at Jacques Fath in 1945. This led to him working for Robert Piguet and Lucien Lelong from the recommendation of Christian Dior. The experiences led to him working for avant-garde designer Elsa Schiaparelli for four years until 1951. Givenchy opened his own house in February 1952. Foreseeing the relaxation and democracy of fashion, Givenchy launched separates including blouses and skirts made from raw cotton.  At the age of 25, Vogue described him as ‘One of the most newsworthy happenings this spring.’

Two years later, Givenchy became the first major fashion designer to present a luxury R-T-W collection. At the time he was one of the youngest designers on the Paris fashion scene and, in 1953, his designs were featured on the cover of Life.

In 1953 Givenchy expected to meet Katharine Hepburn for a fitting. However, Audrey Hepburn arrived instead. The meeting resulted in a life long friendship between the two. The ongoing relationship saw Givenchy design almost all of her wardrobes in later movies including Sabrina, Funny Face and Breakfast at Tiffany’s .

As Hepburn’s fame grew, so did Givenchy’s, together entering the circle of the world’s best dressed women. Together the designer and his muse created a new kind of beauty, which helped develop thesixties inspired style.

In 1957 Givenchy launched his perfume, L’Interdit. Givenchy used Hepburn to promote the fragrance, marking the first time an actress allowed her face to be used for a perfume. The partnership was an enormous success with Americans adoring the duo.

Givenchy kept close relationships with his clients often crossing the line between couturier and friendship. Notably, in 1972, Givenchy dressed his friend the Duchess of Windsor in a black dress and coat for her husband’s funeral, which he made in less than 48 hours.

Having previously delayed launching licensing agreements upon the advice of his mentor Cristóbal Balenciaga, Givenchy finally did so in the seventies to ensure the continuation of his haute couture collections. This followed with the fashion house’s expansion moving into home collections, jewellery, shoes and even a car in 1976, the Ford Lincoln Continental.

Givenchy retired in 1995 and was succeeded by a list of young British designers. John Galliano was appointed in January 1996 followed by Alexander McQueen in October 1996. Julien MacDonald followed in 2001, with Ozwald Boateng appointed from 2003 – 2005. In 2005 Riccardo Tisci was finally appointed Creative Director and has remained there since.