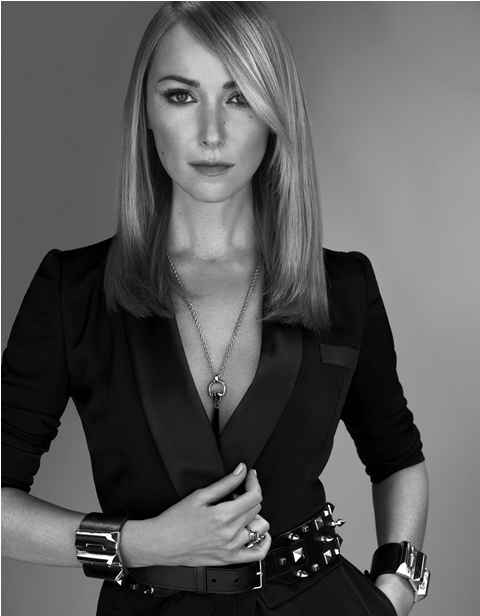 In 1997 Giannini was offered a job at Fendi. After designing ready-to-wear collections for three seasons, Giannini was promoted to designer of leather goods. Giannini’s influence helped to develop and create the success of Fendi’s Baguette bag.

Giannini moved to Gucci in 2002, where she was appointed Design Director of handbags. Two years later, after creative director Tom Ford left Gucci, Giannini was promoted to Creative Director of all accessories. The role saw Giannini take inspiration from Gucci’s archives, updating classic accessories including the Flora scarf pattern.

In 2005 Giannini was again promoted. Appointed as Creative Director of women’s ready- to-wear, Giannini still held her role as designer for all accessories. With main creative control of womenswear, Giannini began to move away from the sexual style Ford had created for the label. Instead, she again took inspiration from past designs, revisited Gucci’s archives.

Giannini took over menswear in 2006 resulting in her appointed as Creative Director of the entire label. The role gave her creative control over Gucci’s advertising campaigns and the responsibility to develop new retail concepts for the stores.

After two years as Creative Director of the entire label, Giannini had increased the overall sales and success of the company. Her recognition with the fashion house was further enhanced when a Nielson study named Gucci the most desirable label in the world.

Giannini has continued the label’s close partnership with UNICEF collaborating with Rihanna on the Tattoo Heart range of bags in 2008.  In 2011 Giannini was honoured by UNICEF for her contributions to the charity’s missions.

Frida Giannini is known for her feminine and distinctly Italian style. She has demonstrated her ability to design collections that are influential on a global market and has received glowing reviews on her contemporary, young and innovative style as she continues to develop and push the luxury fashion house Gucci.