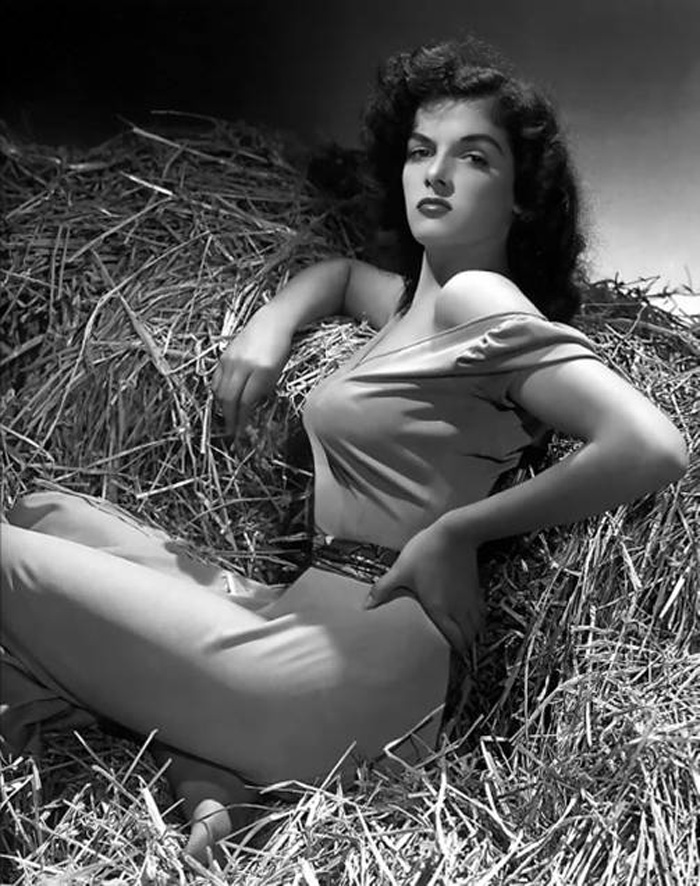 As Jane Russell’s clothes get more and more revealing as the film progresses, it’s fair to say that her ‘assets’ play a staring role in it. Western style films have always included voluptuous scantily clad women and this one was no different. It is even said that Director Howard Hughes had a special brassiere designed that’s seems would not be visible underneath Jane Russell’s tight t-shirts. Not that she wore it, deeming it uncomfortable and preferring to go out natural.