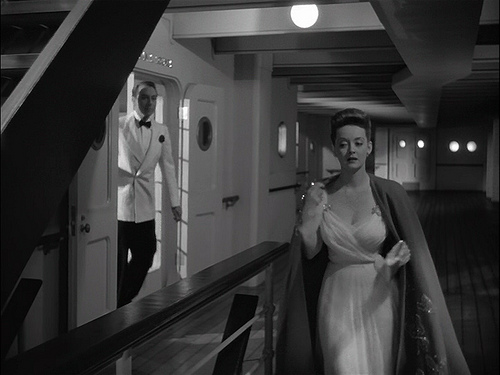 Now Voyager stars Bette Davis in a film about a young insecure woman who is constantly put down by her mother.

Fashion is used to show the change in the woman throughout the film, when she has spend some time in a sanatorium she begins to blossom and take control of her life, and with the help of her sister in law, her new found confidence is shown through the beautiful gowns and accessories she starts wearing.

Orry Kelly, the costume designer who worked on films such as Some like it Hot and An American in Paris, created glamourous, figure hugging evening gowns with scoop necks and frill details, transforming a dumpy, slightly overweight girl into a sophisticated woman.