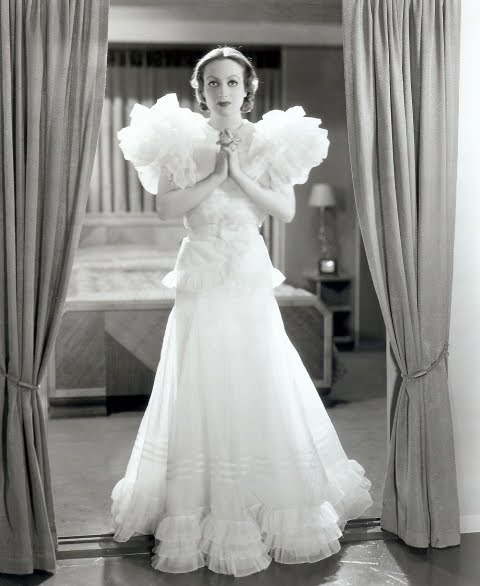 With gowns by costume designer Adrian draped over glamourous Joan Crawford, how could this film not be a cinematic fashion feast? It gained notortiety not only for being banned in th UK due to its storyline of murder without consequence, but also for Joan Crawford’s costume.

The most notable was the white evening gown, with its broad ruffled shoulders and narrow waistline, which was copied by Macy’s who sold over 500,000 of them. The gown changed the direction on eveningwear which until the time had been sleek and simple and Edith Head even called this gown “the single most important influence on fashion in film history.”