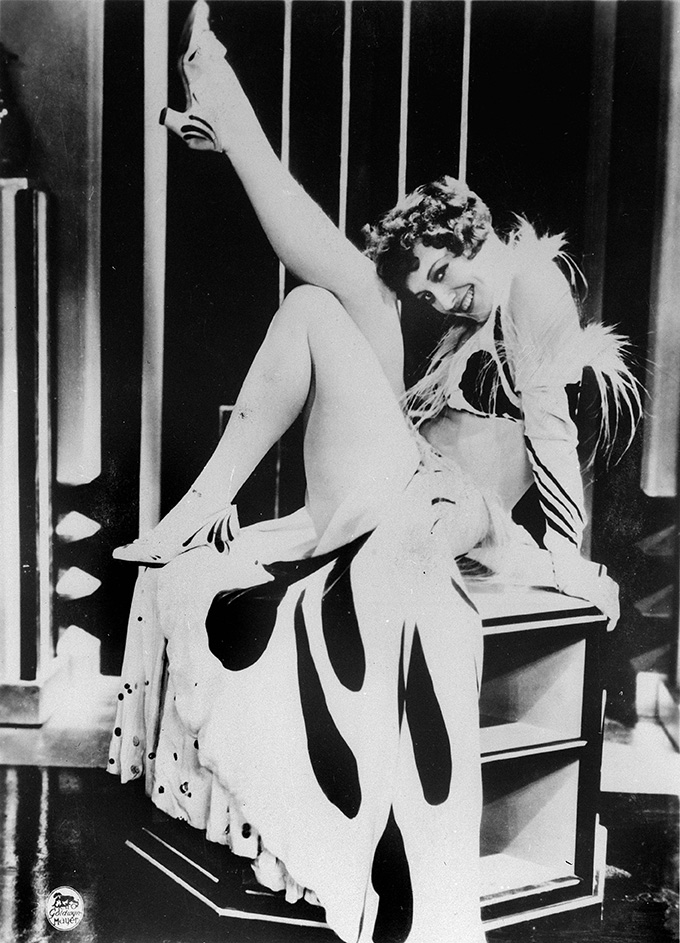 Joan Crawford was born on March 23rd1905, under the name Lucille Fay LeSueur. She began her career as a chorus girl on Broadway in Innocent Eyes (1924).  Her first film role was inThe Circle (1925) under her given name Lucille LeSueur, but the studio felt it sounded fake. A magazine contest was launched to find the star a new name, and though the actress was never fond of it, Joan Crawford was chosen.

She was signed to a film contract with MGM in 1925, but grew frustrated with the size of her parts and began a self-publicized effort to gain attention. Screenwriter Frederica Sagor Maas remarked, “No one decided to make Joan Crawford a star. Joan Crawford became a star because she decided to become a star”.  Her flapper role in Our Dancing Daughters (1928) caused her climb to stardom. She undertook similar roles throughout the 1920s, capturing the style of 20s femininity in Chanel-inspired short, sleeveless frocks. F. Scott Fitzgerald wrote of her: “Joan Crawford is doubtless the best example of the flapper, the girl you see in smart night clubs, gowned to the apex of sophistication, dancing deliciously, laughing a great deal, with wide, hurt eyes. Young things with a talent for living.”

Crawford made a successful jump to the talkies, with a new, more sophisticated image to accompany the times. She starred in Our Blushing Brides (1930) and was part of the all-star cast of Grand Hotel (1932).

One of Crawford’s most memorable fashion moments is in the lost film Letty Lynton (1932). One critic wrote, “The gowns which Miss Crawford wears will be the talk of your town for weeks after…and how she wears them!” The most referenced costume was a white organdy dress, designed by Gilbert Adrian, with large ruffled sleeves. The gown marked the beginning of accentuating Crawford’s broad shoulders, making them the focal point of her costumes from then on. Macy’s copied the Letty Lynton dress and sold over 500,000 copies. Vogue reported that, “every little girl, within two weeks of the release of the picture, felt she would die if she didn’t have a dress like that.” The star’s partnership with Adrian spanned 31 movies, creating scores of asymmetric patterned gowns, all with her signature power shoulder. Crawford accessorized with wide belts, fur wraps, and always wore ankle strapped shoes.

Crawford took a break from the big screen, but returned to star in Mildred Pierce (1945), for which she won an Oscar for best actress. She also famously starred alongside rival Bette Davis in What Ever Happened To Baby Jane? (1962).

Joan Crawford was said to have many walk in wardrobes, even entire apartments filled with clothing, accessories and shoes. Ever the clotheshorse, it is rumoured she changed her outfits up to ten times a day.