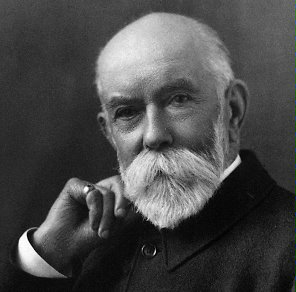 Founded by Thomas Burberry in 1856

A former draper’s apprentice, Thomas Burberry opened his first shop in Basingstoke in 1856 at only 21 years old. Focussing on developing outdoor attire, by 1870 the business was well established.

Introducing the fabric gabardine, a hardwearing, water resistant, breathable fabric in 1888, Burberry took out a patent for improved materials and was creating waterproof garments by the turn of the century. In 1891 Burberry expanded, opening a shop in London.

In 1901 the Equestrian Knight Logo was developed and added to the clothes designed for the new leisured classes, sportswear and raincoat. In 1911 Burberry dressed Roald Amundsen, the first man to reach the South Pole, and Ernest Shackleton who led an expedition to cross Antartica.

In 1914 the War Office commissioned Burberry to adapt the officer’s coat to better suit the war conditions which resulted in the trench coat. After the war the style of the trench coat became popular, and in 1924 the famous Burberry check was designed and used as a lining for the trench.

In 1955 Burberry was taken over by Great Universal stores. The following decade the Burberry check print became hugely popular. During the seventies the brand became a casual cult style with the British, leading to the 1990’s popularisation with the football and ‘chav’ social groups.

In 1997 under influence of Rose Marie Bravo, newly appointed worldwide chief executive of Burberry, a restyle of Burberrys image started with help from a Mario Testino advertising campaign and the flagship store in London being beautifully revamped. The following February Roberto Menichette was appointed as creative director until Christopher Bailey took his place in 2001