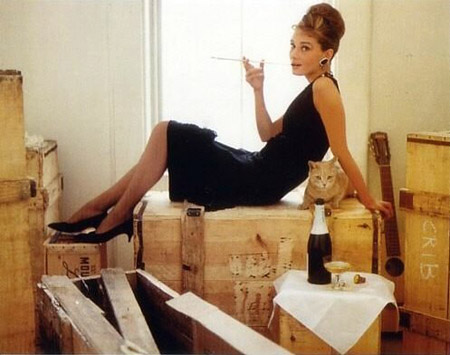 This being an early Sixties film it still had the style and glamour of the 1950s woman but was a milestone in portraying the more independent, carefree person the woman of the Sixties was becoming.

Audrey Hepburn’s Holly Golightly was fun and entertaining and had the kind of life women hankered after, the kind of life that became more accessible later in the decade but that was still a distant ambition for most women at this stage.

The dress designed for her by Givenchy gave name and status to the fashion accessory “the little black dress” and girls to this day have Golighlty’s picture on their wall, one of the most iconic fashion images of all time.