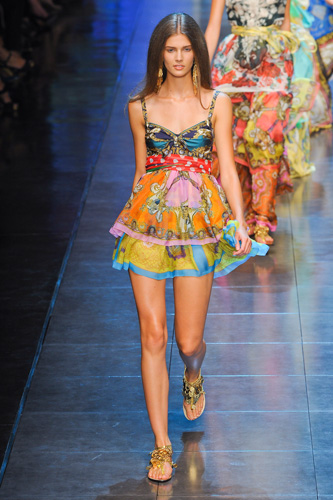 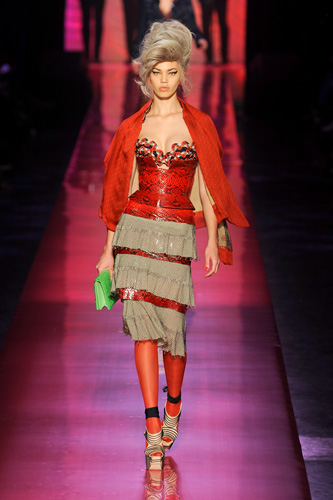 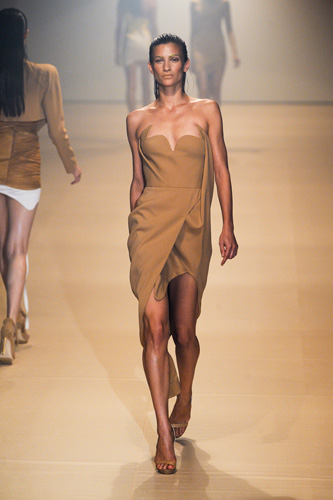 Bustier is a type of lingerie originally with a flexible boned structure, which originated from the corset. It hugs the torso tightly, hitting the waist and gives structure forming a bra at the bust. A bustier may be fastened with ribbon, hooks and claps. The word is taken from the French name Buste but decades ago it was known as a “long line brassiere” which translates to mean a bra that keeps structure down to the stomach.

Originally used for lingerie, it soon became fashionable during the 1980s/90s as a fashion item and tended to be worn as outerwear. At present a busier is most likely to be worn with a blazer and with a pair of leggings or jeans.

Bustiers were largely on trend in Spring/Summer 2012, featuring mainly as part of a dress. This was seen in such catwalk shows as Jean Paul Gaultier Haute Couture S/S 12 that showed a bold, tightly fitted, red bustier which pulled the waist in. Mugler and D&G S/S12 slightly referenced the bustier, showing them to be looser in fit.