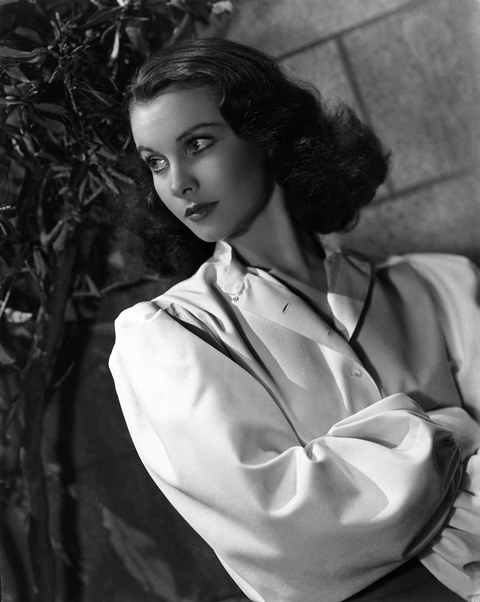 Before achieving international recognition, starring as the highly-strung southern belle Scarlett O’Hara ,Vivien Leigh began her journey to fame in Darjeeling, Bengal, India. She was born in 1913, under the name Vivian Mary Hartley, to British parents Ernest Hartley and Gertrude Robinson. The star first took to the stage at the age of three, reciting Little Bo Peepfor her mother’s theatre group. Her family returned to England in 1931, after travelling with her father in Europe. After attending a film showing in the West End, Vivian told her parents of her plans to become an actress and her father enrolled her at the Royal Academy of Dramatic Art.

Her studies ended after meeting Leigh Holman, a barrister thirteen years her senior. They were married in 1932, and Vivian gave birth to a daughter, Suzanne, in 1933. In 1935, the actress had a small role in Things are Looking Up. After her film debut, Vivian worked with agent John Giddon, who believed her married name, “Holman” was unsuitable.

After rejecting Giddon’s suggestions, Vivian took “Vivian Leigh” as her professional name. Giddon recommended the actress to Alexander Korda, a producer and director, but was rejected with Korda stating Leigh lacked potential.

Korda changed his mind after watching Leigh in the opening night of her play The Mask of Virtue, and signed her to a film contract, with the revised spelling “Vivien Leigh”. Laurence Olivier also saw Leigh in The Mask of Virtue, and the two began a friendship, that developed into an affair after acting as lovers in the 1937 film Fire Over England. In 1939, the  Hollywood studio system was amidst a search to find the perfect Scarlett O’Hara for David O. Selznick’s film adaptation of Gone With the Wind. Leigh was believed to be “too British” to be Scarlett, but eventually secured the role, earning a Best Actress award.

Though Leigh stunned in the iconic crinolines and corsets of Gone With the Wind, her personal style shone through and attracted the attention of  Vogue’s Diane Vreeland who referred to the actress as, “the perfect English rose.” The actress favored designers such as Schiaparelli, Lanvin, Balmain and often made trips to Christian Dior’s salon. Earlier in her career, Leigh favored bright colours, perhaps in homage to the vibrant hues found in India, as well as prints and costume jewelry. Due to her petite stature, she favored dresses over suits.

During wartime, Leigh liked to upcycle, even wearing her Oscar dress in Africa, where she entertained the troops. The actress believed in investment pieces that would last a lifetime, a shopping mantra, which holds true today, even in a world of fast fashion.