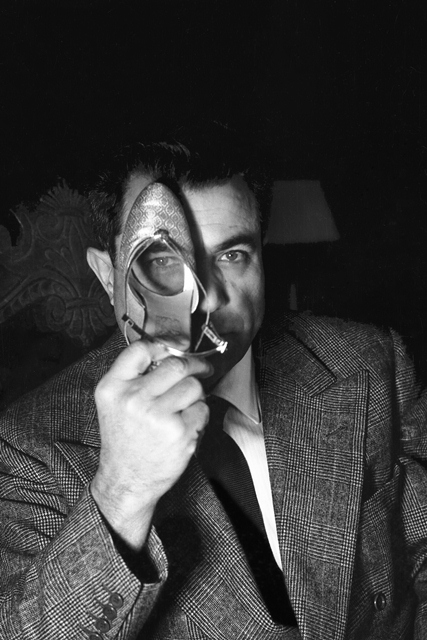 Salavtore Ferragamo, the eleventh of fourteen children started his passion for shoes at an early age. Making his first pair of shoes aged nine for his sisters confirmation, Ferragamo decided he had found his craft.

Studying shoemaking for a year in Naples, Ferragamo then decided to open a small shop based in his parent’s home. Deciding to emigrate, he moved to Boston in 1914, where one of his brothers worked in a cowboy boot factory.

In 1927, Ferragamo returned back to his native country, settling in Florence. Opening a workshop in the Via Mannelli, he started to experiment with design. In 1938, Ferragamo invented the cork wedge heel. The same year Ferragamo bought a new building, the Palazzo Spini Feroni, opening the Florence store in the building. New shops where opening in London and Rome the same year.

During World War II Ferragamo was faced with a lack of materials to design his shoes. He chose cheaper materials like Raffia and Cork to carry on creatively expressing himself through his design.

In 1947, Salvatore Ferragamo won the ‘Neiman Marcus Award’ for his ‘Invisible Sandal’. Two years later, Ferragamo created his first bag, initially for the purpose to carry his tools.

In 1951, during his first Italian fashion show in Florence; Ferragamo launched the ‘Kimo’, a sandal with an interchangeable ankle-sock. Three years later, Ferragamo designed one of his most iconic styles; a suede ballerina shoe with a strap, for Audrey Hepburn.

In 1978, the iconic ‘Vara’ shoe was designed by Fiamma Di San Giuliano Ferragamo.

In 1995, the Salvatore Ferragamo museum was opened, dedicated to footwear and the history of the company. The following year, the company designed shoes for Madonna in Alan Parker’s film. In 1998, the company started an eyewear line and three years later in 2001, the first fragrance was released. In 2004 a made-to-measure service for men’s shoes was introduced. Two years later in 2006, the company received the ‘Rodeo Drive Walk of Style Award’ for ‘The Permanent Footprint Left in the History of Fashion and Cinema’.

Salvatore Ferragamo was hugely successful. His client list included Audrey Hepburn, Sophia Loren, the Duchess of Windsor and Eva Peron. Known for working with unusual materials, his use of raffia, lace, cellophane and fish skin created revolutionary shoes. Instigating new shapes and materials including the platform shoe in 1938 and the cork wedge in 1942, Ferragamo’s company is infamous for innovative shoes.