Founded By Roger and Joan Saul in 1971 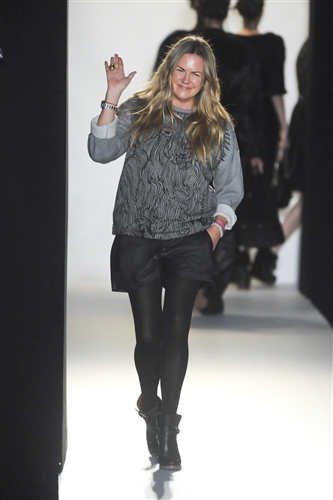 Roger Saul and his mother Joan launched the label in 1971 opening a factory in Somerset, England.  The debut collection featuring belts and chokers was an immediate success.

Mulberry became a popular brand during the seventies and eighties. Seen as one of Britain’s first lifestyle brands, the company was liked for its English style and personality.

The company designed a collection of quilted fishing bags and jackets inspired by the English country pursuits of hunting and fishing. The unique country style made Mulberry a must have brand.

Mulberry started to create iconic, must have bags season after season. In 2002 the Bayswater bag was launched, which is still incredibly popular today.

The same year, original founder Roger Saul was ousted from the business after new investors bought into the Company.

The company still owns and uses ‘The Rookery’, their Somerset factory. The only leather goods factory of its size left in the UK, Mulberry is one of the only British luxury brands still manufacturing and producing in the UK.

The company launched a training scheme in 2006 that offers eight young people a year the opportunity to gain a qualification in Leather Goods Manufacture.

Emma Hill was appointed creative director in 2008 with her first collection ready in spring/summer 2009. Under her direction the iconic Mitzy, Daria and Alexa Bag were all created.

Hill has taken inspiration from Mulberry’s heritage styles including the Bayswater and Elkington briefcase. Using past Mulberry elements, she has created fashion forward, stylish bags full of Mulberry heritage. Under Hill’s influence leather poacher and biker jackets have been created. The timeless styles feature contemporary twists.

Mulberry celebrated its 40th birthday in September 2011. Parties were held worldwide as well as the launch of a book reflecting on the label’s  past years of success. The company has plans to open a new factory in Bridgwater, Somerset.

The business has stores and concessions worldwide. The label is constantly seen on the front row at Fashion weeks and is known for its craftsmanship and style. With the Company’s focus on international expansion, Mulberry continues to grow from strength to strength.