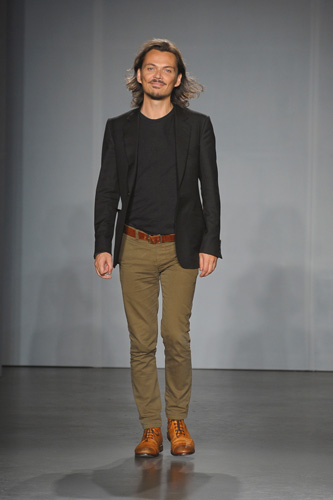 Studying Fashion Design and Printed Textiles at Central St Martins, Matthew Williamson graduated in 1994. After graduating, Williamson began a freelance design project with Marni which led to him designing for Monsoon and Accessorize.

In 2002, Williamson showed at New York Fashion Week for the first time. Two years later, his first flagship store opened in London. In 2005 Williamson took over as Creative Director at Emilio Pucci, while still designing for his own company. The same year, Williamson’s company began a fragrance line.

In 2007, Williamson celebrated the label’s 10 year anniversary at London Fashion Week which included a performance by Prince. An exhibition at the Design Museum in London was also held, entitled ‘Matthew Williamson – 10 Years in Fashion’.

In 2008, Williamson was awarded with the ‘Red Carpet Designer of the Year’ at the British Fashion Awards. The following year, the first flagship store in the United States was opened in New York, followed by a store in Dubai. Shortly after, e-commerce stores were created for Europe and the US.

In 2009, Williamson embarked on a one off collaboration with H&M, for men and women, showcasing his first venture into menswear.

In 2010 a capsule collection for men was designed exclusively for Harrods and the flagship stores. The following year a menswear range was created. Also in 2011 a diffusion line ‘MW by Matthew Williamson’ was launched for a wider target audience.