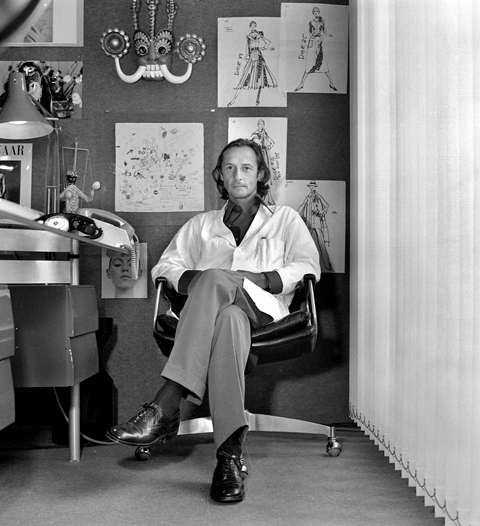 As a child, Marc Bohan was encouraged into fashion by his mother who worked as a milliner. From her encouragement, in 1945 he secured a job at Piguet where he remained for four years. In 1949 he accepted a job as an assistant to Molyneux. Five years later in 1954, Bohan was offered a job at Jean Patou, designing the haute couture collection, where he stayed until 1958.

With a meticulous design pedigree Bohan left Patou and attempted to design under his own name, but with a lack of financing the venture failed.

That same year he moved to New York to work as a coat designer for an American manufacture. Here he was asked to help Christian Dior design a new collection, however Dior died before the collection was created.

Despite his death Bohan did design for Dior. From 1958 to 1960 he had the job of designing for the Christian Dior, London line, adapting it to suit a new market. In 1960 after Yves Saint Laurent left Dior, Bohan was appointed creative director, returning him to Paris. Having echoed Christian Dior’s training and career, Bohan understood the style, keeping the look elegant, romantic and refined with a youthful spirit.

In 1989 he was persuaded to leave Dior to join the flailing Norman Hartnell. Returning to London, his initial collections were well received, however Bohan left the label in 1992 and due to financial difficulties Hartnell had to close.

Marc Bohan was known for creating elegant designs that kept an air of youth that some haute couture lacked. Similar to Dior’s tradition of luxurious fabrics and exquisite craftsmanship, Bohan’s clothes were wearable. Not feeling the need to shock of provoke, he created beautiful, classic clothes.