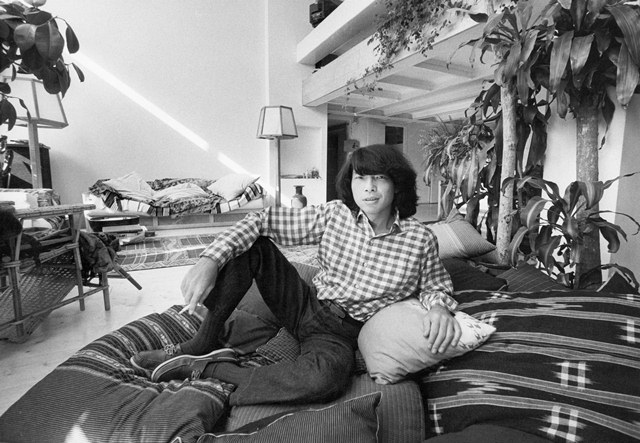 Studying at the Bunka College of Fashion in Tokyo, Kenzo Takada had a brief stint working in Japan, before relocating to Paris in 1965, to work as a freelance designer.

After working with the Pisanti textile group, and later with Relations Textiles, a consulting company, Kenzo took over a boutique in 1970. The boutique, Jungle Jap, offered simple, practical, wearable designs that ran counter to the haute couture designs. The boutiques different style, immediately attracted models and trendsetters.

His first autumn/winter collection for the store was made entirely out of cotton due to his tight finances. The collection was presented at the Vivienne Gallery to success and had one of his models featured on the cover of Elle magazine.

Kenzo presented his collections in New York and Tokyo in 1971. Following this he won the ‘Fashion Editor Club of Japan’s prize’ the next year.

Proving his theatricality, in 1978 and 1979, he held his shows in a circus tent, featuring performers on horse wearing transparent uniforms, as well as himself riding an elephant.

In 1983, Kenzo launched his first menswear collection. Also during the eighties he released his first fragrance for women in 1988. In 1991 a male fragrance followed. Two years later in 1993, the brand was bought by LVMH.

In 1999, Kenzo retired from the brand, leaving his assistants in charge of the house. In 2005, Kenzo reappeared as a decorative designer, creating Gokan Kobo, a brand of home furnishings.

Kenzo’s designs are based on unstructured forms, no darts or zippers are used to ensure free-spirited clothing is created. Using wider sleeves and armholes, his designs shape volumes. Known not to present classics, Kenzo designs separates that can be mixed for multiple colours and unusual prints.

Unlike other Japanese designers, Kenzo doesn’t use radical cutting, but instead creates young, wearable designs.