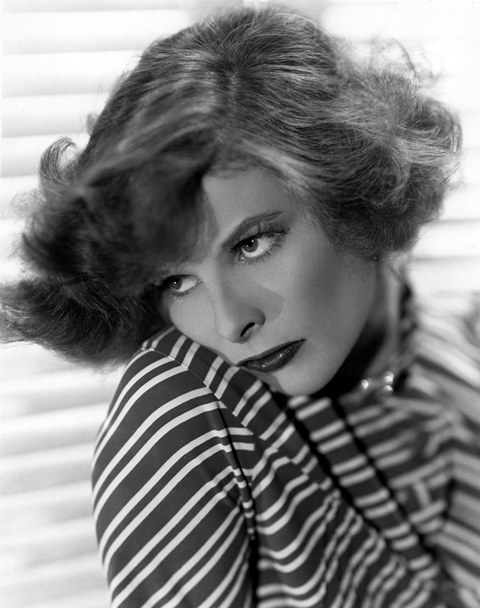 Headstrong, independent and ahead of her time, Katharine Hepburn broke the mold for women in Hollywood and paved the way for the type of strong-willed heroine we’ve come to know in modern film. Her androgynous approach to style was unconventional, wearing wide-legged trousers, blazers and turtlenecks when her fellow actresses favored glamourous gowns, jewels and elegant day dresses. This was a radical statement, especially in the wake of her fellow actresses distinctly feminine attire.

Hepburn was born in Connecticut on May 12 1907, to progressive, wealthy parents. She found her love for acting while studying at Bryn Mawr College. A role in The Woman in the Moon cemented her dreams of stardom. Hepburn undertook many theatre roles after graduating. Her work on Broadway gained Hollywood’s attention and she starred in her film debut, A Bill of Divorcement in 1932, alongside John Barrymore. In Morning Glory (1933), she established herself as a leading lady, winning an Oscar for Best Actress.

In 1938 she worked with Carry Grant in Bringing Up Baby; though critically acclaimed, the picture wasn’t successful at the box office. The roles saw Hepburn dressed far from her personal style, wearing silk gowns with feminine details such as frills, bows and floral details.

Taking a step back from film, Hepburn starred in many Shakespeare plays with positive reviews. The Philadelphia Story (1940) marked Hepburn’s come back, and her role in Woman of the Year (1942) earned her a fourth Academy Award nomination. During filming, the star began what would become a 26-year affair with Spencer Tracy. The actress was notoriously private, keeping her romance with her nine-time costar hidden from the media.

In 1951, Hepburn costarred with Humphrey Bogart in The African Queen; the movie was well received by film critics and the box office alike. Hepburn received three more Oscars for her roles in Guess Who’s Coming to Dinner (1967), The Lion in Winter (1968), and On Golden Pond (1981).

Throughout her life, Katharine Hepburn refused to conform to typical gender stereotypes and the traditional expectations of women. Off screen she wore minimal jewelry and make-up, simply opting for a red lip. Her androgynous approach to fashion cemented her iconic look, pioneering a new style of dress for the American woman. The star perfected the “borrowed from the boys” style that fashion loves to replicate to this day. The actress changed perceptions and made the look accessible, and fans began to copy her style. For her contributions to women’s fashion, Katharine Hepburn received a lifetime achievement award from the Council of Fashion Designers of America in 1986.