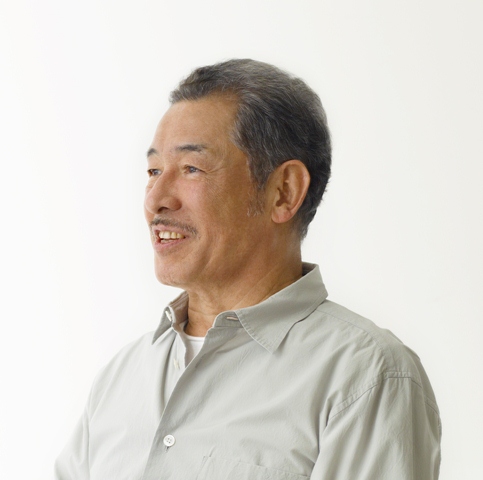 Miyake was seven years old when he witnessed and survived the atomic bomb that killed 200,000 of Hiroshima’s public. Developing osteomyelitis three years later, a bone marrow disease, his mother died shortly after.

Now with a varied experience of skills, Miyake returned to Tokyo in 1970. Seeing that the mix between kimonos and Western shapes had interbred, Miyake was inspired to forge a new style and founded the Miyake Design Studio.

Initially focussing on women’s wear, Miyake launched his first collection in 1971, presenting in New York. His first show featured a girl stripping off his design. The storm created from the show made Miyake an overnight sensation.

In 1973 Miyake moved his presentations to Paris, and has since shown there every season. The following year Miyake opened his first store in Japan. A year later his first international store opened, located in Paris.

From 1976 Miyake started showing men’s clothing alongside the women’s collection. The gradual introduction led to Miyake launching a complete collection in 1978.

During the eighties Miyake ensured he was kept in the spotlight, causing attention with his controversial shows. Miyake staged a Bodywork exhibition, featuring black silicone models suspended from the ceiling, others hidden in darkness, pushing the boundaries of the conventional fashion presentation.

In 1985 Miyake launched Issey Miyake for men, a fully independent label. Towards the end of the eighties Miyake furthered his creativity and development, focussing especially with the experimentation of pleats.

In 1987 an Issey Miyake for men shop was opened, as well as a flagship store in New York. Two years later two more flagship stores opened in Paris and London.

In 1993 Miyake was awarded the Legion d’honneur by the French Government which was closely followed by an award from London’s Royal College of art – an honorary doctorate. The same year Miyake’s previous experiments with pleating resulted in ‘Pleats Please’, a range of polyester pieces with the new pleating technique used on the designs.

After 30 years experience, Miyake gave design control to Naoki Takizawa in 2000. Appointed as Chief Designer, Takizawa held his position until 2007, with his last presentation the spring/summer 07 collection.

Dai Fujiwara was appointed Creative Director from 2007, working from the autumn/winter 07 collection, to his final autumn/winter 11 collection. Succeeding Takizawa was Mr Yoshiyuki Miyamae. Having joined the company in 2001, Miyamae’s first collection started for spring/summer 12.

Issey Miyake thinks form before fashion. With his collections being described as ‘monastic’ and ‘unfathomable’, Miyake’s unconventional clothes push the latest technology and developments. Based on the original concept of using “a piece of cloth” to clothe the body, Miyake and his company have gained international recognition through the experimentation, development and research of their work.

One thought on “Issey Miyake”