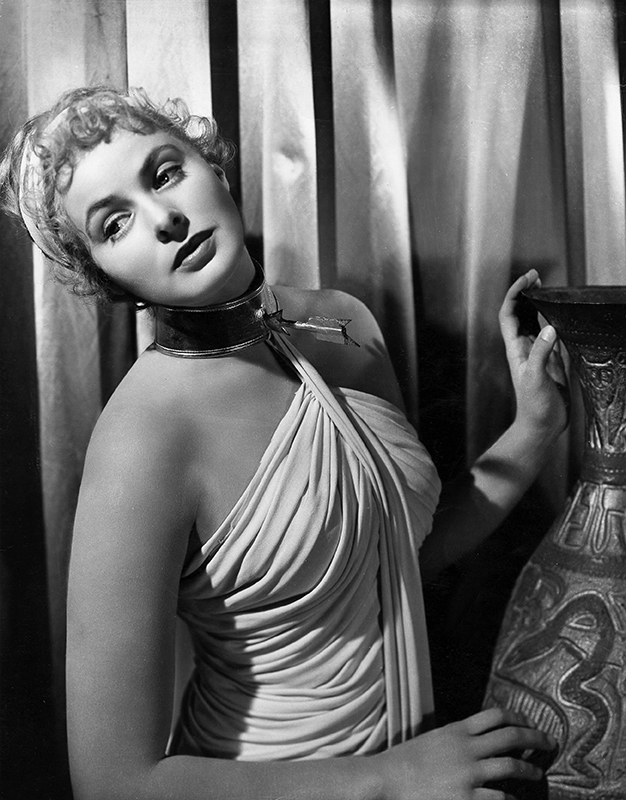 Ingrid Bergman was born on August 29th 1915, in Stockholm, Sweden. Her father dreamt of Ingrid becoming an opera singer, sending her to vocal lessons for three years. However, even as a young girl Bergman knew she wanted to become an actress, often putting on plays in her father’s studio.

At 17, Bergman gained a scholarship to the Royal Dramatic Theatre School by participating in an acting competition. After a year of studying at the school, Bergman was hired by a Swedish film studio for a small part in ‘Munkbrogreve’n (1935). The actress starred in the 1936 film Intermezzo, after which producer David O. Selznick brought the young star to Hollywood to star in the Hollywood remake, to be titled ‘Intermezzo: A Love Story’ (1939).

The producer wished to change her image and her name, like so many other successful leading ladies of the day, but Bergman refused. The star preferred to maintain a natural look, with minimal make-up, only enhancing her high cheekbones and full mouth.

In 1949, Bergman wrote to Italian director Roberto Rossellini to express an interest in his films and working with him. It was with this letter that Bergman and Rossellini began a scandalous love affair and professional partnership, working together on films such as ‘Stromboli’ (1950), ‘The Greatest Love’ (1952) and ‘Fear’ (1954). The star returned to the American screen in ‘Anastasia’ (1956). The role earned her an Academy Award, marking a triumphant return to Hollywood and the public’s good graces.