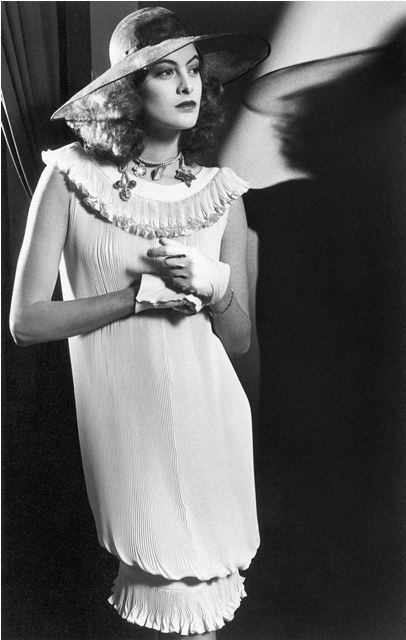 Ines de la Fressange, full name Inès Marie Lætitia Églantine Isabelle de Seignard de La Fressange, was born in Var, France in 1957. She is a model, designer and aristocrat and has worked as one of the most successful models of all time and has become iconic for her Parisian Chic style.

She grew up In an 18th Century Mill outside Paris and worked as a model from the age of 15 but didn’t gain popularity until the age of 18 when she was shot for French Elle, she then made fashion history when she was spotted by Karl Lagerfeld and became the first model to sign an exclusive contract with an haute couture fashion house, Chanel.

Ines was a Chanel model and muse for 10 years until she fell out with Karl Lagerfeld in 1989. This argument was reportedly caused by Ines lending her likeness to a bust of Marianne, the figurehead of the French Republic. Lagerfeld condemned her decision and claimed that Ines was “everything that is boring, bourgeois, and provincial” and declared that he would not dress up historic monuments. After this Ines drifted away from modeling and began a career as a designer, working on her own line. In 1992 she opened her own boutique ‘Ines de la Fressange’ in pairs, which sells her own collection along with shoes and accessories interspersed with unusual and rare artifacts.

In 1990 Ines marries Luigi d’Urso an Italian railroad executive, they had two daughters together and she also has two stepdaughters from his first marriage, in 2006 Luigi s tragically suffered a fatal heart attack.

Ines has made a recent return to modeling, walking in high-end fashion shows. She ended her feud withChanel walking, ages 53, in the Chanel spring show 2011, two years before she walked for Jean Paul Gaultiers spring summer fashion show.

Ines is also the brand ambassador for Roger Viver, she has always had high regard for the designer and the collaboration is a match made in fashion heaven. Ines on Roger Vivier: “He is the most talented shoe creator of the 20th century; naturally I knew his work, just like everyone in the fashion world, but I also knew him personally as a gentle, kind, and charming man.”

In 2011 Ines became an ambassador and spokeswoman for L’Oreal Paris, Cyril Chapuy, global brand president at L’Oréal announced the appointment: “Inès de La Fressange, our new L’Oreal Paris spokeswoman, has divine grace, that very contemporary way of being a woman, at once free, unexpected and mesmerizing,”

The modeling gene has been passed down in beautiful measure to Ines’s 17-year-old daughter Nine, who is being courted by every magazine and designer there is to mention. She is currently choosing to focus on her studies, even turning down French Elle in order to focus on her ancient Greek studies.