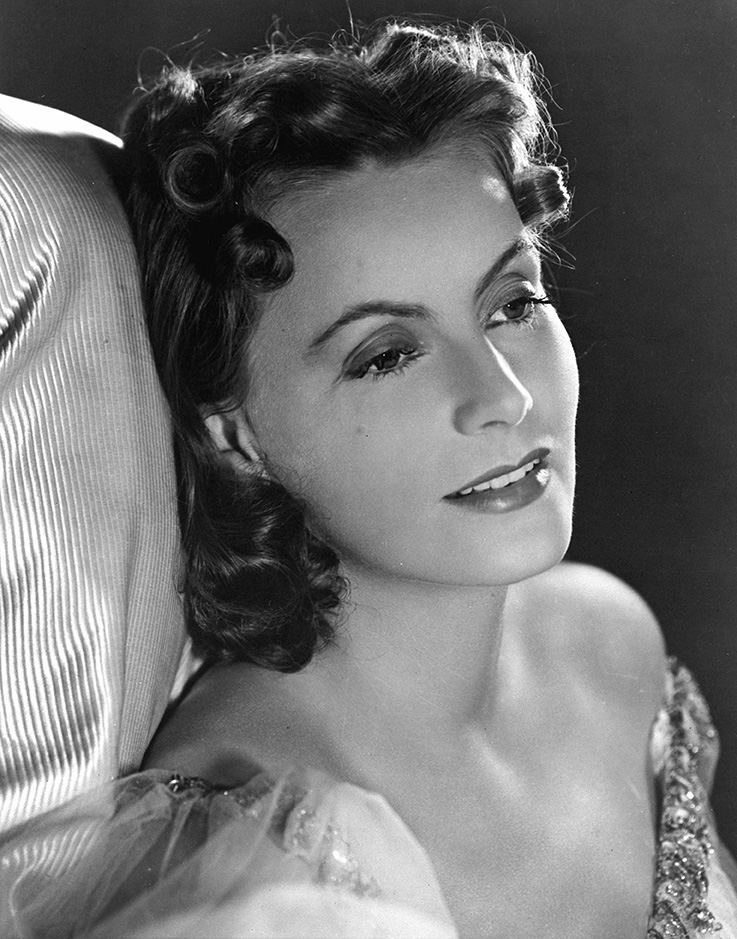 Greta Garbo was born Greta Lovisa Gustafsson on September 18th 1905, in Stockholm, Sweden. Though Garbo had developed a love for theatre at an early age, she found another path to acting. After a stint as a barbershop soap-lather girl, Garbo began working in the millinery department of a store. She began modeling hats for the store’s catalogs, which evolved into a commercial modeling career.

The star took two years of acting school in Stockholm before being approached to star in The Saga of Gosta Berling (1924). Her first Hollywood feature was a vamp role in Torrent (1926). Garbo was famed for her “luminous and unforgettable performances” and made her silent film career a great success. Garbo made a sensational jump to the talkies, despite the studio’s reservations about her Swedish accent; her first sound feature—complete with the tag line “Garbo talks!”—was Anna Christie(1930). Later, the poster for her comedic debut, Ninotchka (1939), proclaimed “Garbo laughs!”

Both role earned her Academy Award nominations. She maintained her box office standing as MGM’s biggest star with acclaimed performances in Mata Hari (1931) and Grand Hotel (1932), which starred an ensemble casts of the 30’s biggest stars. Garbo is famously linked with a line from Grand Hotel: “I want to be alone, I just want to be alone.” The theme echoes eerily throughout Garbo’s films and her personal life.

Even her style alluded to this notion. The actress had fostered a particular fondness for hats from her days as a model. She wore wide brims, turbans, and headscarves; anything that may shield a part of herself from the public eye. The star became the namesake of her favourite slouched hat, a fusion of a fedora with a relaxed brim. Her style was streamlined and simplistic. When the occasion called for it she donned glamourous evening gowns with a single string of pearls. For day she favored menswear inspired clothing, starched shirts, men’s Oxfords, tailored trousers and scarves. She kept her daytime jewelry minimal, wearing a single gold ring. Her beauty signature was highly arched, rounded brows, paired with a matte red lip.

Rounding out her career, she played a renowned role in Anna Karenina (1935), followed by Camille (1936) for which she earned a third Academy Award nomination. Garbo’s last film was Two-Faced Woman in 1941, marking her twenty-seventh film in sixteen years. After retiring from film, Garbo lived out her days away from  “Garbomania” and the public eye.