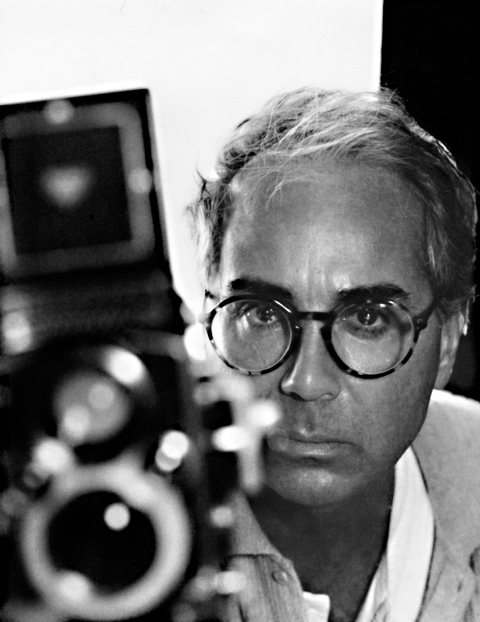 Gian Paolo Barbieri was born in Via Mazzini, in the center of Milan in 1938 to a family of fabric wholesalers in Milan. There he acquired an education in textiles that then proved very useful to his profession as a fashion photographer.

He studied economics at the Universita’ Cattolica. There he developed a strong interest for theatre. His passion for drama and the arts inspired his fantasy and creativity. Soon after he discovered films which then became his long life passion.

He moved to Rome in 1961 for an apprenticeship at Cinecitta’, trying in the meantime to make ends meet by developing and printing pictures taken of upcoming starlets and aspiring divas.

In 1962 he moved to Paris and became an assistant to Tom Kublin photographing French fashion collections, and what is remembered as an “excruciating” two-month experience that launched him into the world of photography.

In 1965 he joined the Italian Vogue and produced the cover of its first issue. His work for the Italian, French, American and German editions of Vogue subsequently led to publicity work with the designers Valentino, Armani, Saint-Laurent, Gianfranco Ferré, Versace, Dolce & Gabbana and Vivienne Westwood.

In 1978 the German magazine Stern ranked him among the fourteen top fashion photographers. It was during this time that, whilst working on assignments for Condé Nast, he travelled to remote islands to work on nature, and how man interacts with it.

He spent his time between the Seychelles and Milan, where he continues to work today for publications such as Vogue and Vanity Fair whilst pursuing various new book projects. Please follow Mr Barbieri on www.gianpaolobarbieri.com.