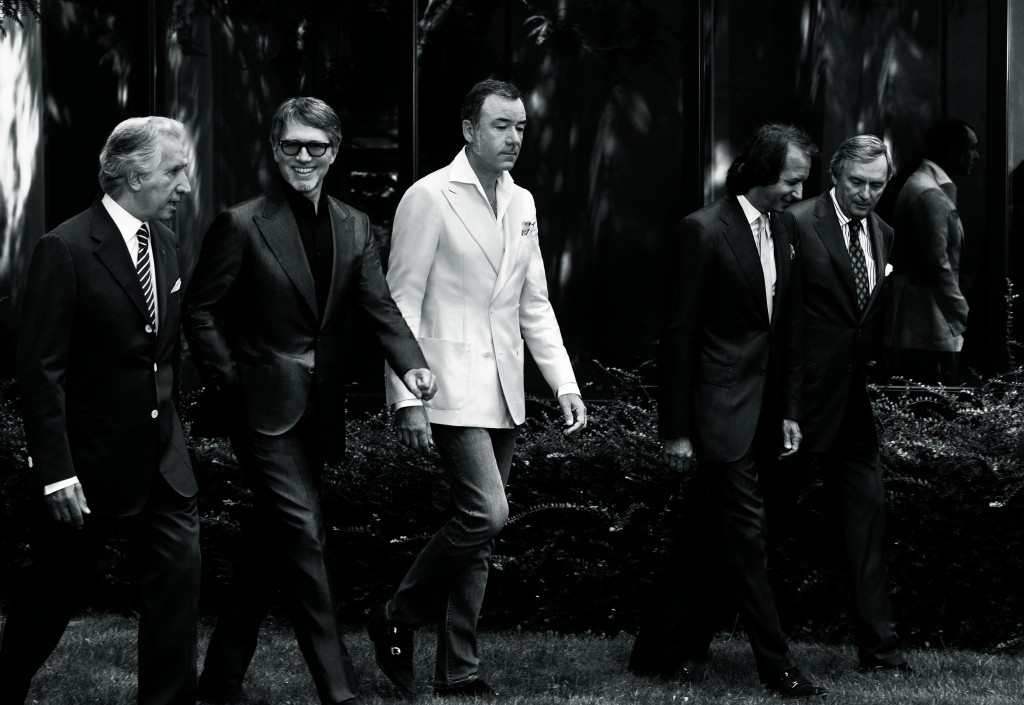 Founded by Alfredo Corneliani in 1958

Alfredo Corneliani, a pioneer in mens’ fashion in Italy, set up a small manufacture of menswear in the 30’s that got to 300 employees before the WW2 interruption.

His sons, Claudio and Carlalberto founded the Corneliani SpA in 1958, giving it a dimension, an identity and such high standards it became one of the world’s most important menswear brands.

Initially producing only their products from their factory in Mantua, the company expanded in 1980 by acquiring Abital of Verona, which had a factory in Verona.

In 1979 Corneliani opened its New York sales office while in 1997 Corneliani’s flagship store opened on Via Monte Napoleone in Milan.

During the 1990s the company created two new production units in Europe for the manufacture of the second lines.

Corneliani acquired the licence to produce and distribute Ralph Lauren’s Blue label products in 1998. This acquisition helped to expand Corneliani’s presence in the U.S market.  The company now has boutiques across the world including London, Paris, Moscow, Shanghai, Tokyo and New Delhi.

With the third generation of Corneliani’s running the business, Corneliani is known for its creative and stylistic designs. Combining the company’s heritage and tradition with new technology has resulted in sartorially excellent and tailored designs. A masculine style is mixed with elegant elements which is shown across Corneliani’s three brands; Corneliani, Trend Corneliani and CC Collection Corneliani.