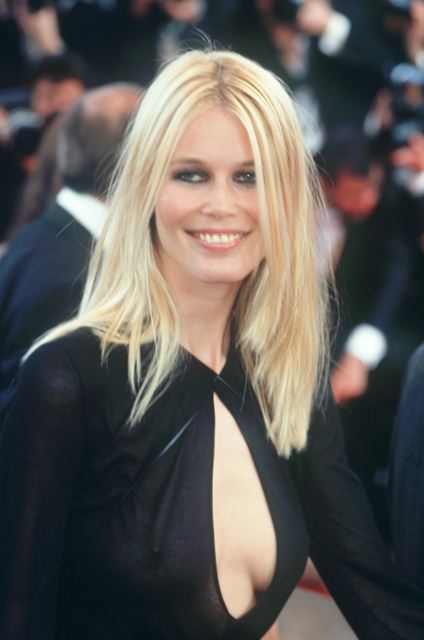 Claudia Schiffer was born in Rhineberg, Germany in 1970. She is an iconic supermodel and more recently fashion designer.

Claudia has reached international fame, becoming one of the most successful models of all time as she rose to popularity in the early 90s. In the early days of her career, because of her platinum hair and piercing eyes Claudia was compared to Brigitte Bardot, but she has gone on to define her own unique and memorable beauty.

Over the course of her career Claudia has appeared on over 700 magazine covers including Vantity Fair, Rolling Stone, Vogue, Elle and Harpers Bazaar. Claudia has also walked the catwalk for fashion heavyweights such as Versace, Yves Saint Laurent, Dolce & Gabbana, Chanel and Valentino. To this day she appears in high profile global fashion campaigns all around the world.

Claudia originally wanted to be a lawyer like her father, but she decided to give modelling a try when she was spotted in a nightclub aged 17 by the boss of Metropolitan Model Agency, who went on to sign her. Claudia travelled to Paris for a trial photo shoot which turned out to be the kick start behind her remarkable successful as she went on to appear on the cover of French Elle. Her success was further cemented in the early 90s when she starred in the memorable Guess? Jeans campaigns. Claudia rapidly achieved supermodel status and received the honour of being selected by Karl Lagerfeld to become the new face of Chanel.

Claudia has publicly lamented the loss of the modelling industry as it once was: “Supermodels, as we once were, don’t exist anymore.”

Claudia is also famous for her style, becoming a global fashion icon and she has put her natural style to good use launching a cashmere collection during Paris Fashion Week in 2011. She has gone on to follow this with two more successful collections which are sold in high-end departments stories and high-end boutiques internationally.

Claudia has been romantically linked to many high profile men like Bon Jovi, Peter Gabriela and Prince Albert of Monaco. She was also engaged for five years to magician David Copperfield, until 1999. The relationship attracted attention as the media claimed it was all for business purposes. Both Claudia and David denied this. In 2002 Claudia married film director Matthew Vaughn, together they have three children.

Claudia is also involved with a lot of charitable work, she works with UNICEF and is a member of the Arts & Entertainment Support Committee, becoming the UK Good Will Ambassador for the organisation.