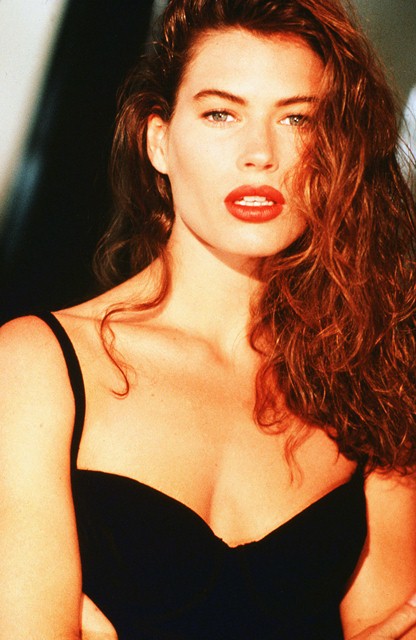 She achieved fame while working for Elite in Paris when she appeared on the cover of French Elle.

Over the next few years Carre appeared on covers of American, UK, and French Elle, Harpers Bazaar, Cosmopolitan, Marie Claire. In 2000 she famously became one of the oldest women to appear in the Sports Illustrated swimsuit issue.

Carre has also appeared in adverts for Guess Jeans and the infamous ‘Biker Babe’ campaign for Calvin Klein Jeans, which accelerated her journey to fame, she remains to this day one of the most reputable models of her time. Like all the best super models Carre has also walked for prestigious designer fashion shows, including Ghost,Gucci and Ermanno Scervino. She has also appeared in several films including ‘Wild Orchid’, ‘Exit in Red’ and ‘Going Back’.

Alongside Carre’s infamous beauty and success as a super model she is also well known for her troubled upbringing (her parents were both alcoholics), drug addictions and eating disorders. It’s well known that Carre battled severe anorexia and other eating disorders including bulimia. She has admitted to using laxatives, diet suppressants and fasting in order to maintain her thin figure. Since recovering she has spoken out about time suffering from eating disorders:

“I used to measure how I felt based on what size jean I wore, how skinny I was. Now I see myself in terms of health. Can I get through my run in the morning? Can I make it through my yoga class? Can I beat my brothers when we race up a hill?”

Carre married Micky Rourke in 1992 and controversy followed their marriage as Rourke was arrested for spousal abuse, charges were eventually dropped. In 1991 Carré Otis got a gunshot wound to her shoulder during a visit with Rourke in Santa Fe, New Mexico. She said that the gun was triggered as she dropped her purse on a table. Rourke and Carre later divorced in 1998 after a famously dramatic marriage.

“We had equally explosive personalities, I had depression. We were both drama addicts”

In 2005 Carre married Matthew Sutton, an environmental scientist, they have two daughters together. Carre still works as a model actress, becoming the face of the Breil jewellery line in 2005 and also doing a lot of plus size work since her recovery from anorexia. She has also appeared in a PETA advertising campaign.