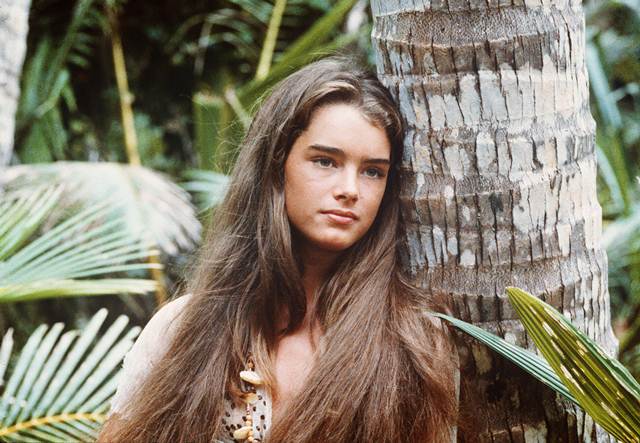 Brooke Shields is one of the most famous super models in fashion history. She was born in 1965 in New York City, her parents divorced a few months after her birth.

When she was five years old her mother declared her daughters future in show business saying “She’s the most beautiful child and I’m going to help her with her career.”

Her mother proved true to her worked and Brookes career started at the early age of 11 months, when she was the face of Ivory Soap. She continued as successful child model with agent Eilieen Ford.

Brooke Shields was announced to the world of high fashion when she appeared on the cover of Vogue aged 14, she is still the youngest fashion model to ever appear on its cover. Later that year Brooke went on to spark controversy by appearing in a Calvin Klein advert with the tagline “You want to know what comes between me and my Calvins? Nothing.” This infamous campaign led both Calvin Klein and Brooke to new fashion heights.

By the time she was 16 Brooke was one of the most recognised faces in the world. Running alongside her unstoppable modeling career she was also a successful, and often controversial, child actress. Brooke’s first major film role was her 1978 appearance in Louis Malle’s Pretty Baby, she played a child who lived in a brothel. She was only 12 when the film was released, and possibly 11 when it was filmed, so scandal was followed the film when questions were raised about child pornography. As well as staring in other well known films such as Blue Lagoon Brooke has also had a successful TV career, appearing in programmes such as ‘That 70s Show’ and ‘Lipstick Jungle’.

Thanks to her acting work and personal life, she has been linked to George Michael and married to Andre Aggassi and Chris Henchy,  Brooke Shields has become a true celebrity as well as model. In 1980 she was named one of People magazines most intriguing people and this certainly hasn’t changed.

Though mostly retired Brooke Shields is still very much in the public eye, spending her time raising her two children and doing a lot of charity work.