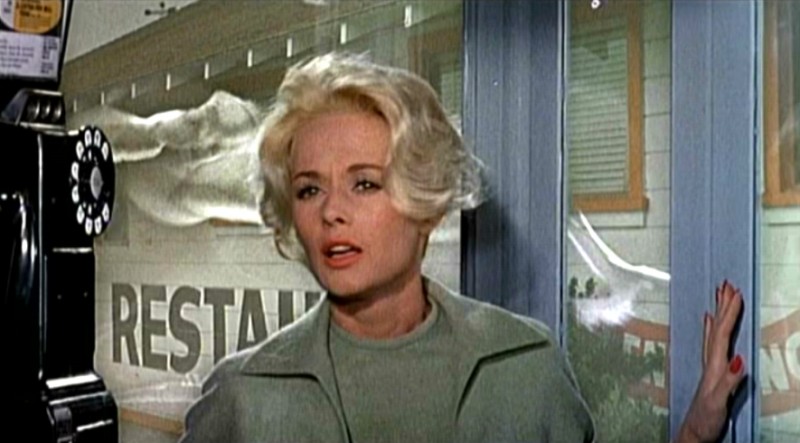 Hitchcocks involvement in every aspect of his productions was inevitable, so Edith head didnt have much to play with when he asked her to stick to a green and blue colour pallet for Tippi Hendren’s costume.

She created cutting edge skirt suits for the fashion model turned actress (selected for the part by Hitchcock when he saw her in a television advert) which have been copied by world renowned designers, including Michael Kors’ 2008 ready to wear collection.

Mattel was inspired to create a barbie doll for the films 45th anniversay which was dressed in the same green dress and jacket from the infamous bird attack scene and was complete with menacing crows.