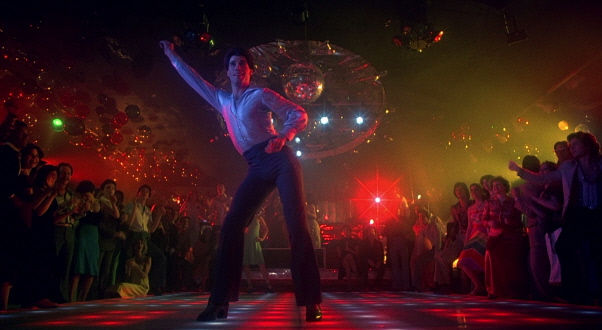 Saturday Night Fever is probably one of the most frequently referenced films relating to seventies fashion. 1970s disco era is what most people think of when discussing the decades trends and Saturday night fever had this in abundance. Women would wear anything from floaty maxi dresses to midi dresses to miniskirts or hot pants, and psychedelic colours, block colours, drab browns and beiges all graced the wardrobes of the style savvy.

Today we are seeing many of the styles of the Seventies, and more specifically of Saturday night fever on the catwalks and high streets. Disco fashion in all its polyester glory will never lose its appeal, as it represents escape, the film touching on the dramas of the time, but using disco to forget.