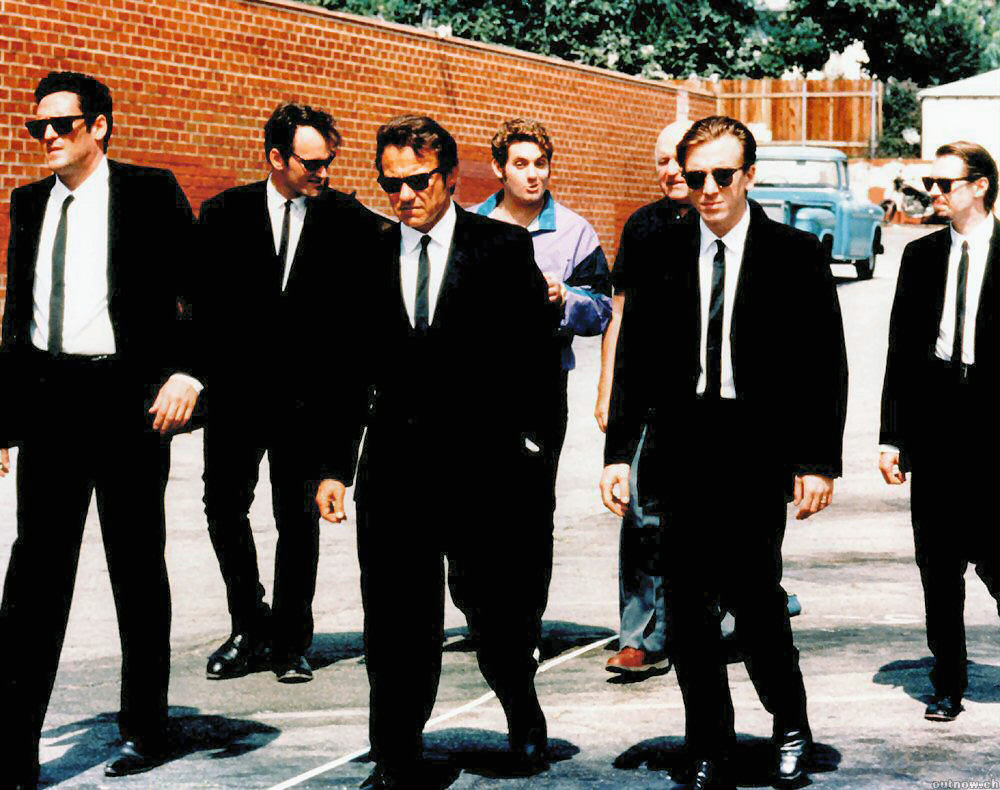 Reservoir dogs attitude to fashion was a stylistic one. It was the first production from Quentin Tarantino and only gained most of it popularity after the success of Tarantino’s second film, Pulp Fiction.

There was a great deal of controversy surrounding the film, with Tarantino’s signature theme of violence and the infamous ear cutting scene causing walk outs in cinemas all over America, but controversy usually means success and this film was named the best independent film of all time by empire magazine.

The costume designer Betsy Heimann put the criminals in cheap black French suits, a white shirt and a skinny black tie, making it very difficult to differentiate between all of them and with names like Mr. pink and Mr. White it was clear that this was the intention.

After the success of the film the clean-silhouetted French gangster look became popular, which Tarantino readily admitted to having borrowed from a look created by French director Jean-Pierre Melville.