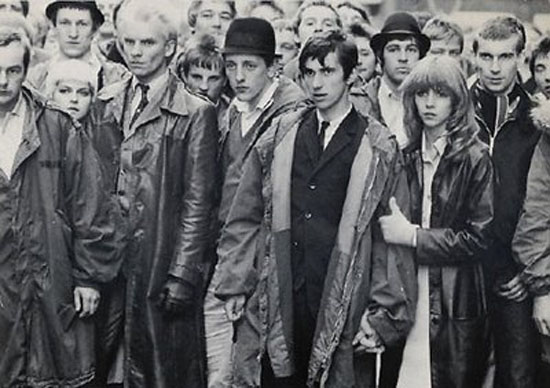 Made in 1979, Quadrophenia is a true and accurate portrayal of the mod culture of the 60‘s (which became popular again in the late 70‘s) It’s a story of mods versus rockers and based around the music of mod band, the Who which frames the atmosphere and genre of the film perfectly. Dressed by Jack English and Rodger Burton, 2 ex mods and founders of the vintage supply company “Contemporary wardrobe”, the film featured silk suits and parka jackets typical of the time and prevalent today.

“Those were the days when a guy spent an hour getting the knot in his tie just right, afraid to sit down on the bus in case his suit got creased” Jack English remembers a time when pride in fashion was rife and mods were eager to portray their way of life through what they wore. It goes as far as to show how moped scooters were a fashion accessory rather than a mode of transport in mod culture.