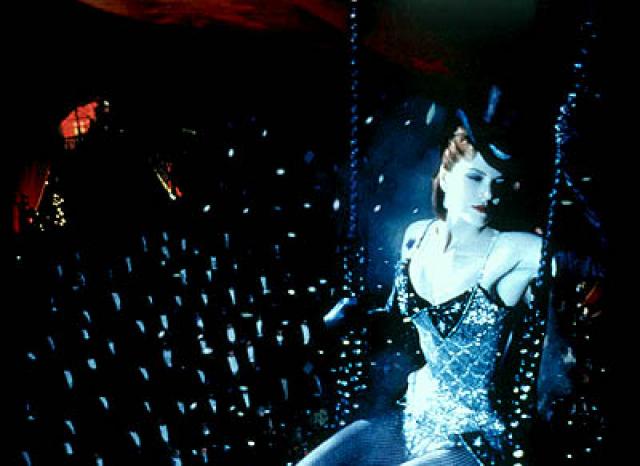 Moulin Rouge was undoubtedly a feast for sartorialists and designers everywhere. Catherin Martin and Angus Strathie created a vision of celebration and pageantry in their portrayal of this dark fairytale, securing themselves an Oscar for best costume design. Catherine Martin said the idea of a musical production for the screen came from having seen a Bollywood movie she saw with her husband Baz Luhrman in India. A production it was, with theatrical outfits adorned with jewels and sequins, cabaret and burlesque style dress with corsets and feathers. It took the fashion world by storm and designers still look to it for inspiration. Celebrity stylist Robert Verdi said of the film “Fifteen years prior, we hadn’t seen those shape-changing looks that women really love. We had gone away from it. The ’90s were kind of bleak and austere and dark and here comes ‘Moulin Rouge’ and restores our faith in fantasy and in fashion.”