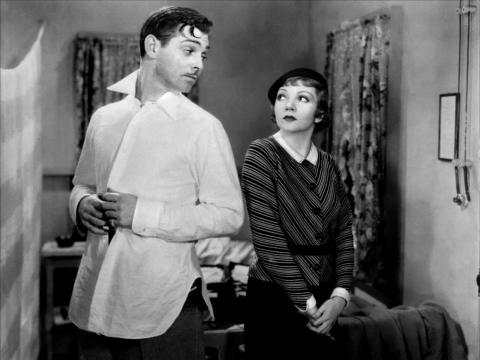 This was a film of high society and fashionable people, mainly men as Clarke Gable exuded gentlemanly presence. Claudette Colbert wears the same outfit practically throughout the movie. But It happened one night‘s claim to fashion fame was not what it gave to the couture world, but what it took away.

After Clarke Gable removed his shirt to reveal a bare chest rather than an undershirt, sales of the plain white t-shirt dropped by 75% and the industry didn’t recover until the undershirt was once again made a necessity by the need for layers in The World War II.